Sometimes my 'buy cheap' habit doesn't work. This was one of those times - probably the second most expensive single book I've ever bought...

It's just that... well, you don't see books like this one very often and, after much banging of head against hard objects I succumbed. I wouldn't care, but the same seller was offering the  most expensive book at the same time. Actually, technically the other book(appearing soon) isn't technically a book it's a leporello, a kind of 'folded leaflet' - but I'll worry about that when I get to it.

So, plates from  a German language 1901  book, 'Das Kleine Buch vom Deutshen Heere' covering uniforms, etc, of various German contingents. The link is to a 1998 reprint that seems to be available on Amazon. 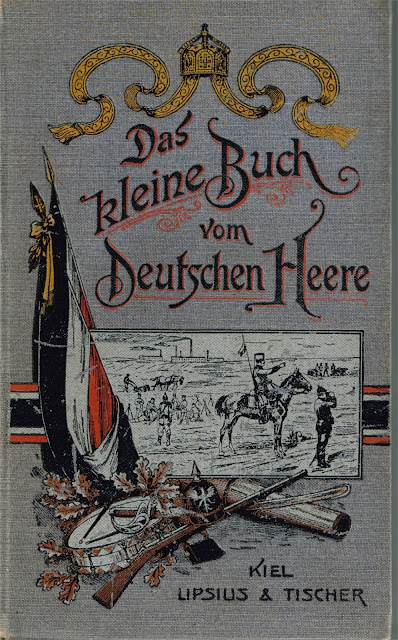 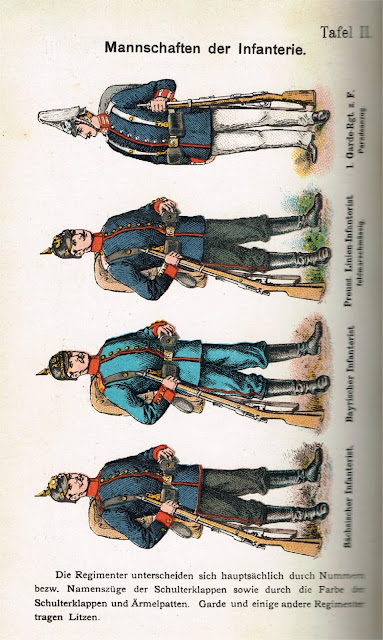 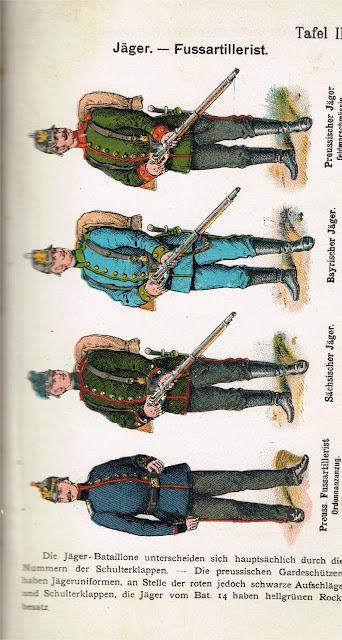 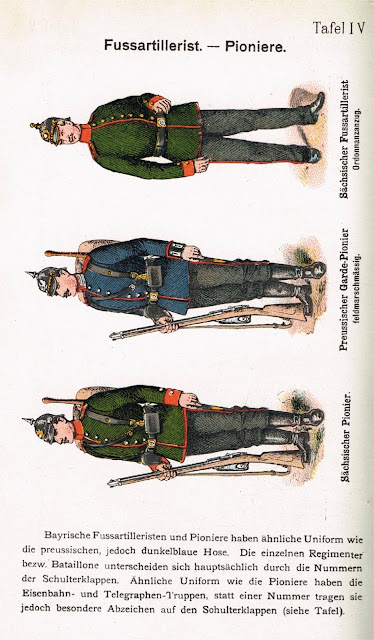 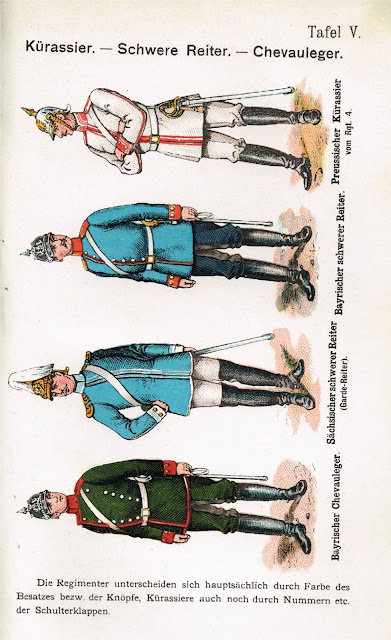 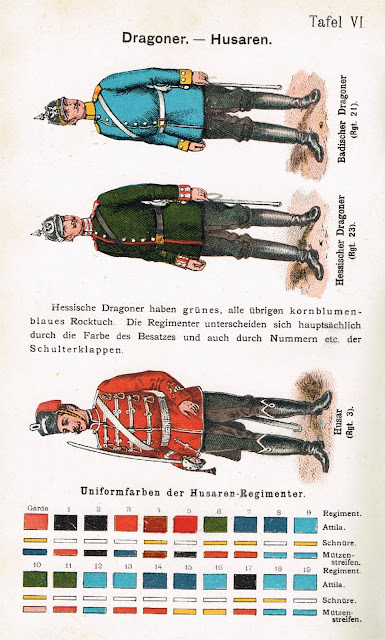 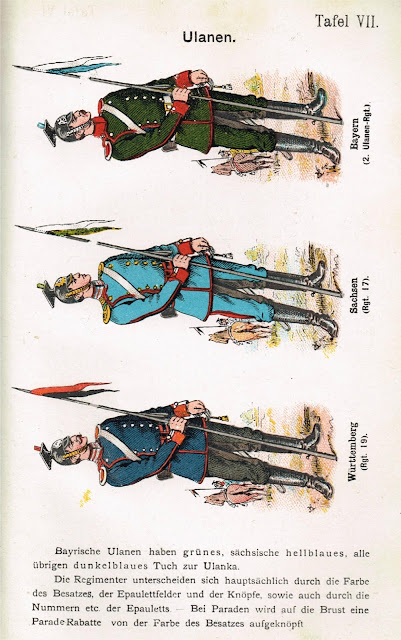 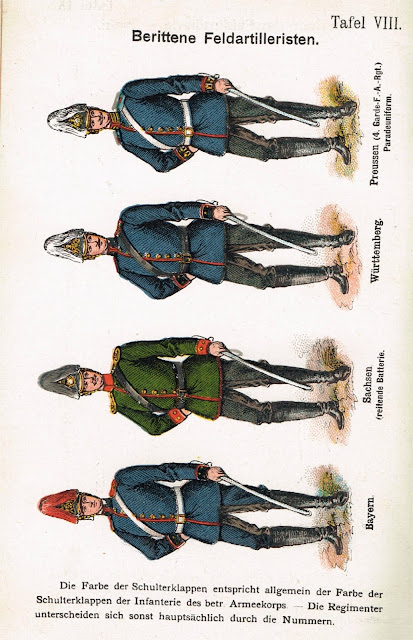 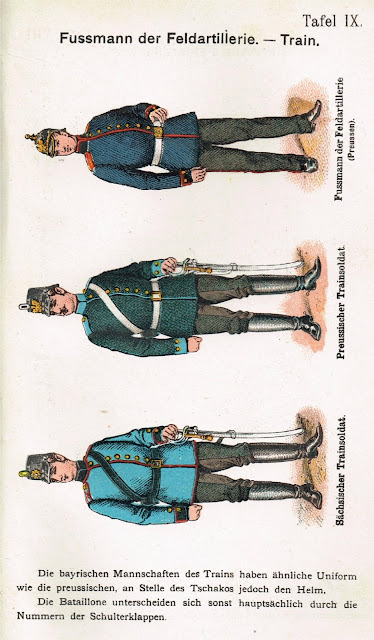 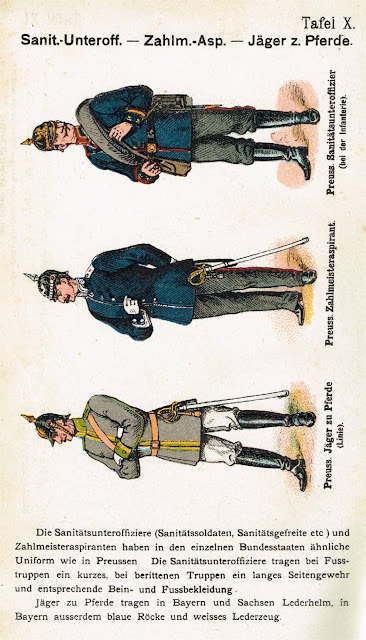 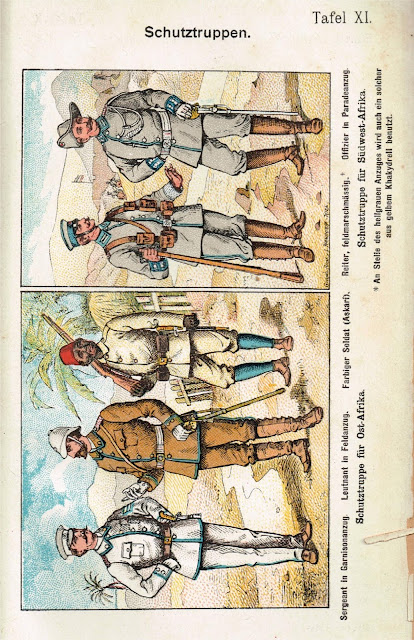 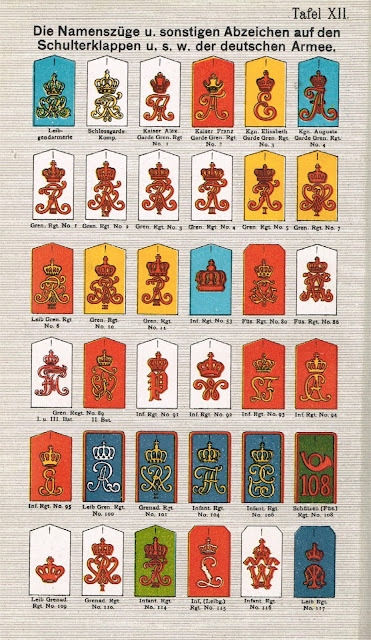 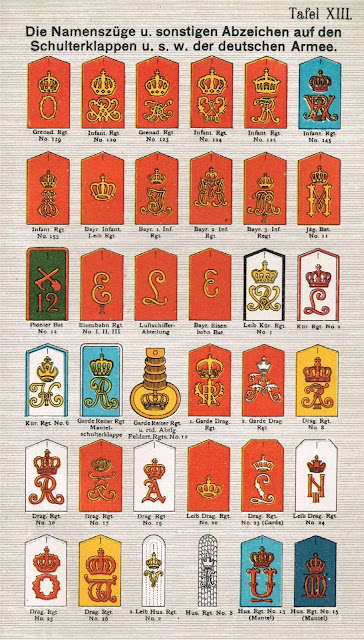 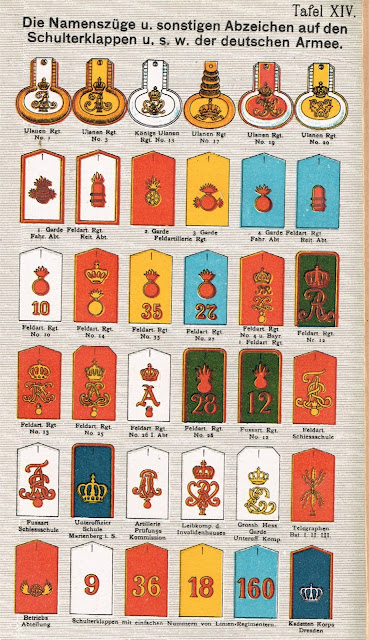 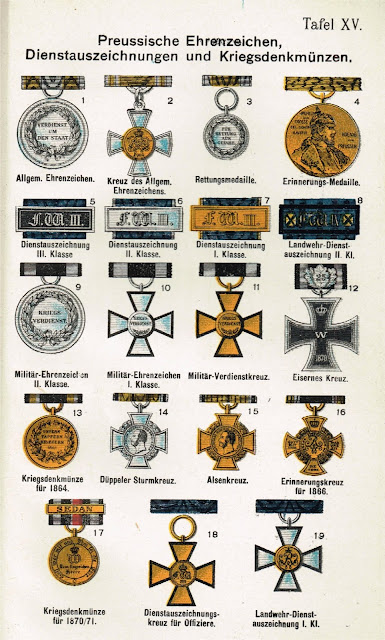 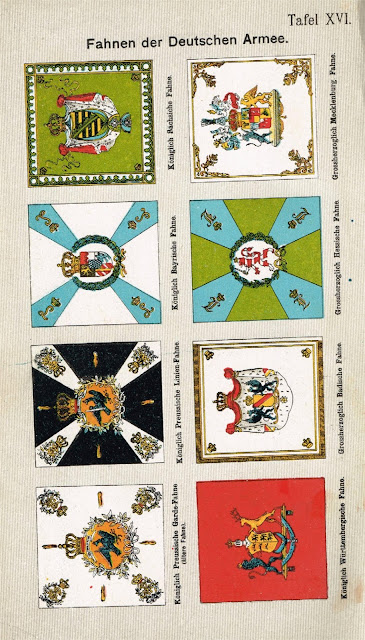 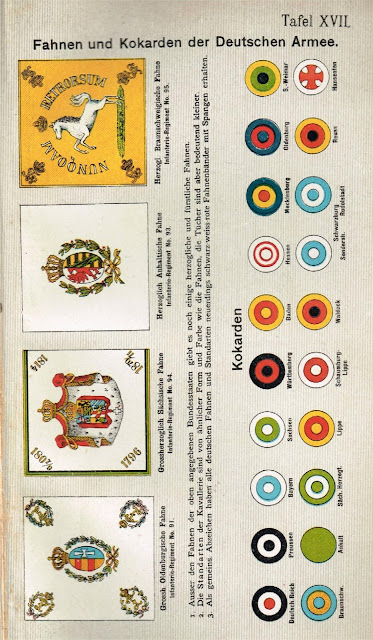