Finally finished the Vanha archers. I've mounted them as (DBA classification) as 3Bw - they're only going to be used with HoTT rules in Fantasy battles and their are no skirmishers in Fantasy battles - everyone has a big sword and finishes up using it.  Having said that, if I ever get round to doing the javelin armed Vanha I'll probably put them on Ps bases. I've stuck to the basic Vanha 'green' scheme. 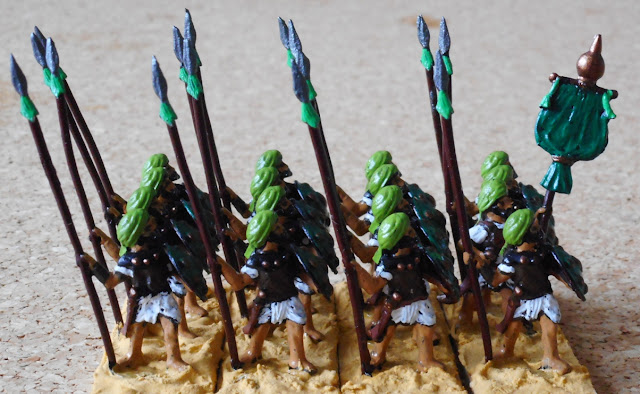 With the swordsmen and possibly another spear unit (4 or 6 bases?) this will give the Vanha a reasonable infantry component.

Being on a roll, I've also undercoated the swordsmen - these will make good Palace Guards and I'm actually thinking of red turbans.

Vanha still stalled, Romans still not started, not a lot done recently apart from more of my Mede conversions.

A unit of Mede spears to be precise - 4 x 4Sp for army I/40 (b) or (c). Another 6 x 3Ax needs to be done for I/40(a). The conversion itself is simply the officer figure with cloak and body detail carved away whilst the sword has been replaced with a spear. Perhaps I should have done a side-by-side comparison photo.

Here they are seen with a load of my 3Bw elements - only need 2 of these for I/40(c) but I like 'full' units. Which means I should have done an extra two elements of the spears of course.

And not forgetting that I still only have 1 element  of Medes for my I/60 army - need to produce more of these. I suppose that, as sparabara, they should have the large rectangular pavise sparas rather than violin shaped ones - I think this is my version of 'artistic licence'. 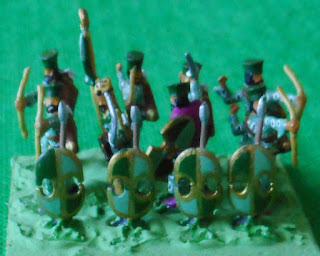 Of Greeks, Spartans and Medes...

Although of course Spartans are Greeks...

Normally this lot would be 3 separate posts but I seem to have been a bit laggard recently.

The 'Greeks'. That's just finishing off ones I've already mentioned. Well, OK, I added all the 'extras' I've painted when I did the other units, plus did a General's element using spare armoured figures... The end result being 9 elements plus a general's element. Enough for most generic versions of the Late Greek army. 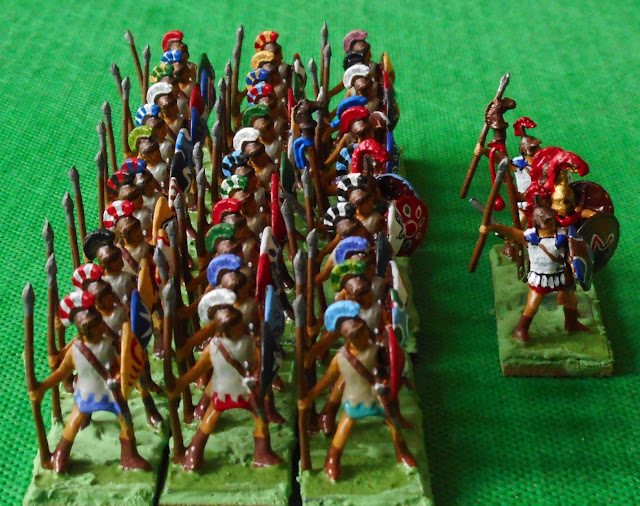 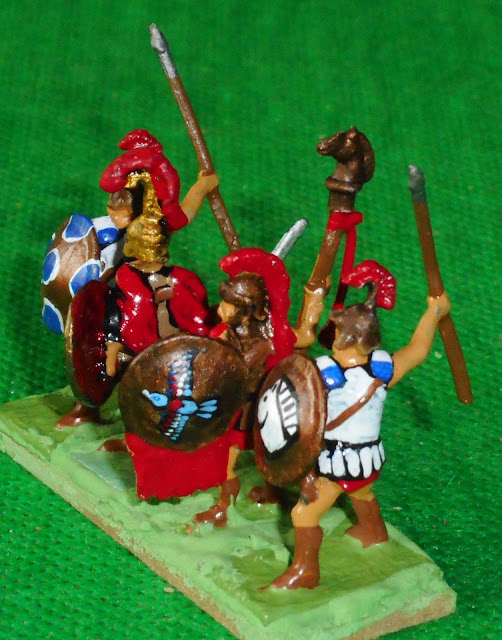 I know I said that was going to be it for Greeks for now, but couldn't resist - armoured Greeks as Spartan Hippeis completed. Not wearing the Pilos helmet but can't have it all. 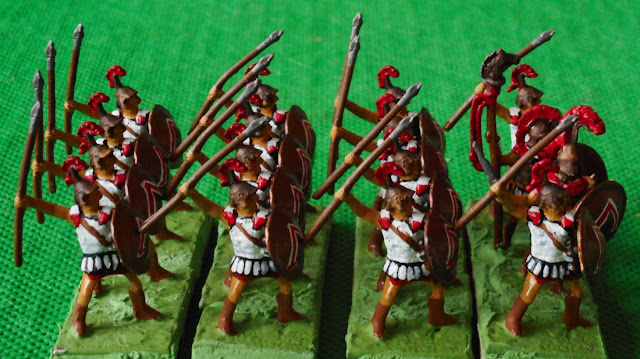 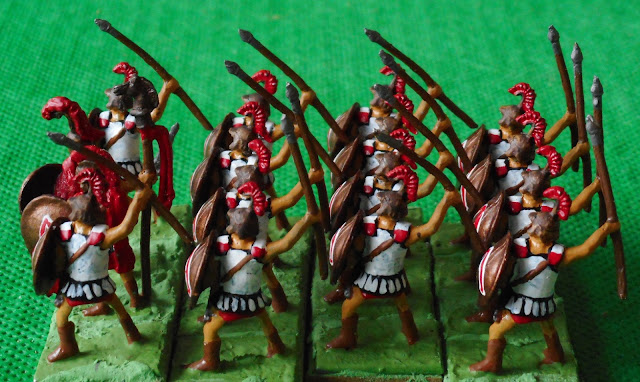 And as an 'extra' also did a unit of Mede archers.

Meanwhile, half way through finishing some Vanha archers as well - so  I have been busy.