Before Minifigs issued their IR Range of Imperial Rome they had an 'extended' PB Range. This range covered many of the later IR figures and were coded from PB101. When the IR Range came out many of the figures were coded with the same number as in the PB101 figures minus 100. However, many weren't - there are a lot of differences, both in figures issued and codes!

Incidentally, the PB Range was originally considered part of the S Range. As such the Macedonian and Punic Wars figures were listed as, for example, PB64s - strangely, in the same catalogue, the PB101 figures were not coded as S Range! 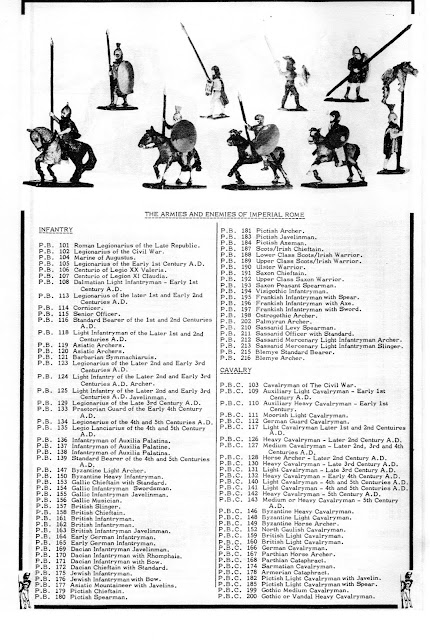 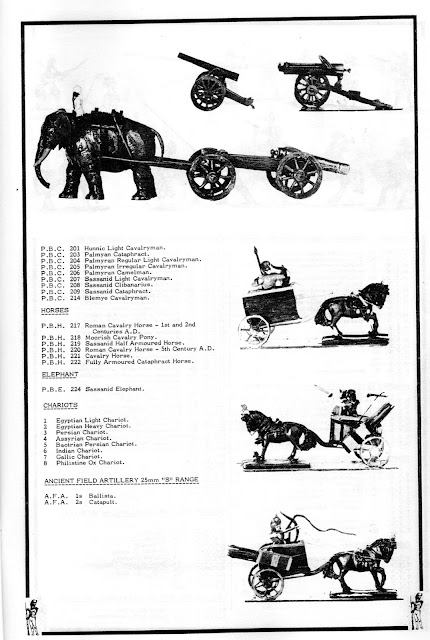