Seen this posted on TMP:

'As things stand, in around 12 month's time, similar regulations may be applied to ALL cross-border sales. So, if you live in Ireland, and order some miniatures from Bill Bloggs 28s, VAT will be chargeable on those minis even if Bill Bloggs has a business with a turnover way below the UK VAT threshold of £81 GBPK.
And Bill Bloggs will have to register for VAT whether he likes it or not, and keep records of all his EU transactions for 10 years, and so on.'

If's that's the case, then whether I like it or not it would end all possibility of any Garrison sales outside the UK from that point.

And possibly inside the UK as well:

"Even worse, they intend to expand the scheme to cover all online shopping, even for physical goods, by January 1st 2016; so this might be one of the last Christmases where you can shop at micro businesses online."

These ones are unusual but demonstrate my wish to get the best possible use out of anything. Like Tealight Ironclads, these started as something for school - running a wargames club I needed some scenarios and produced these. I then grouped the 3 together with a few extra bits and they were published in MWnumber? - now lost, but probably not a great regret as the proofreading wasn't that good...anyway, these are the original sheets I produced. 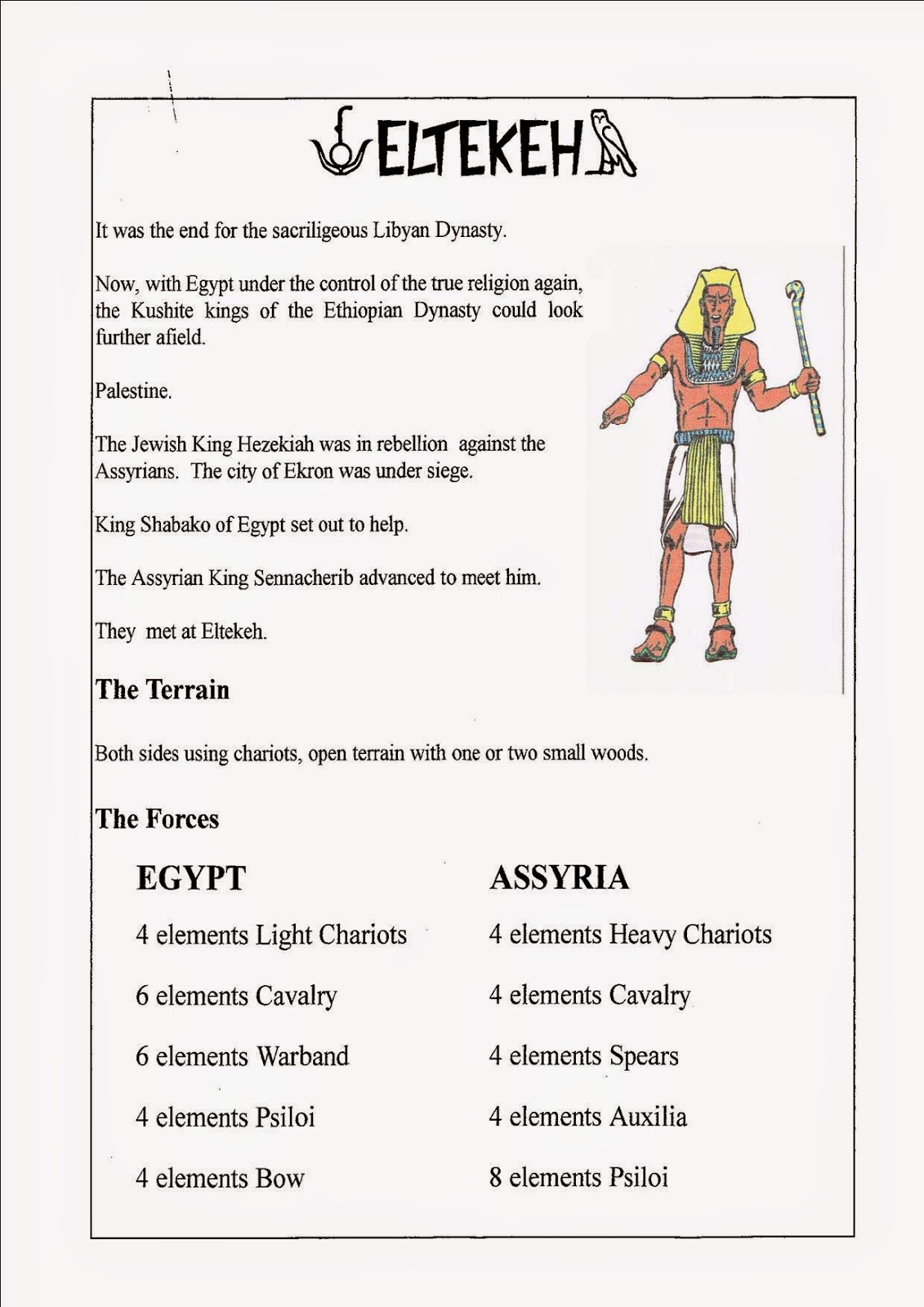 Basically my NK Egyptians against Lamming Assyrians. Clipart I used is also lost. I did the picture for this in two parts - text scanned black and white, picture scanned in colour and put over the black and white version. 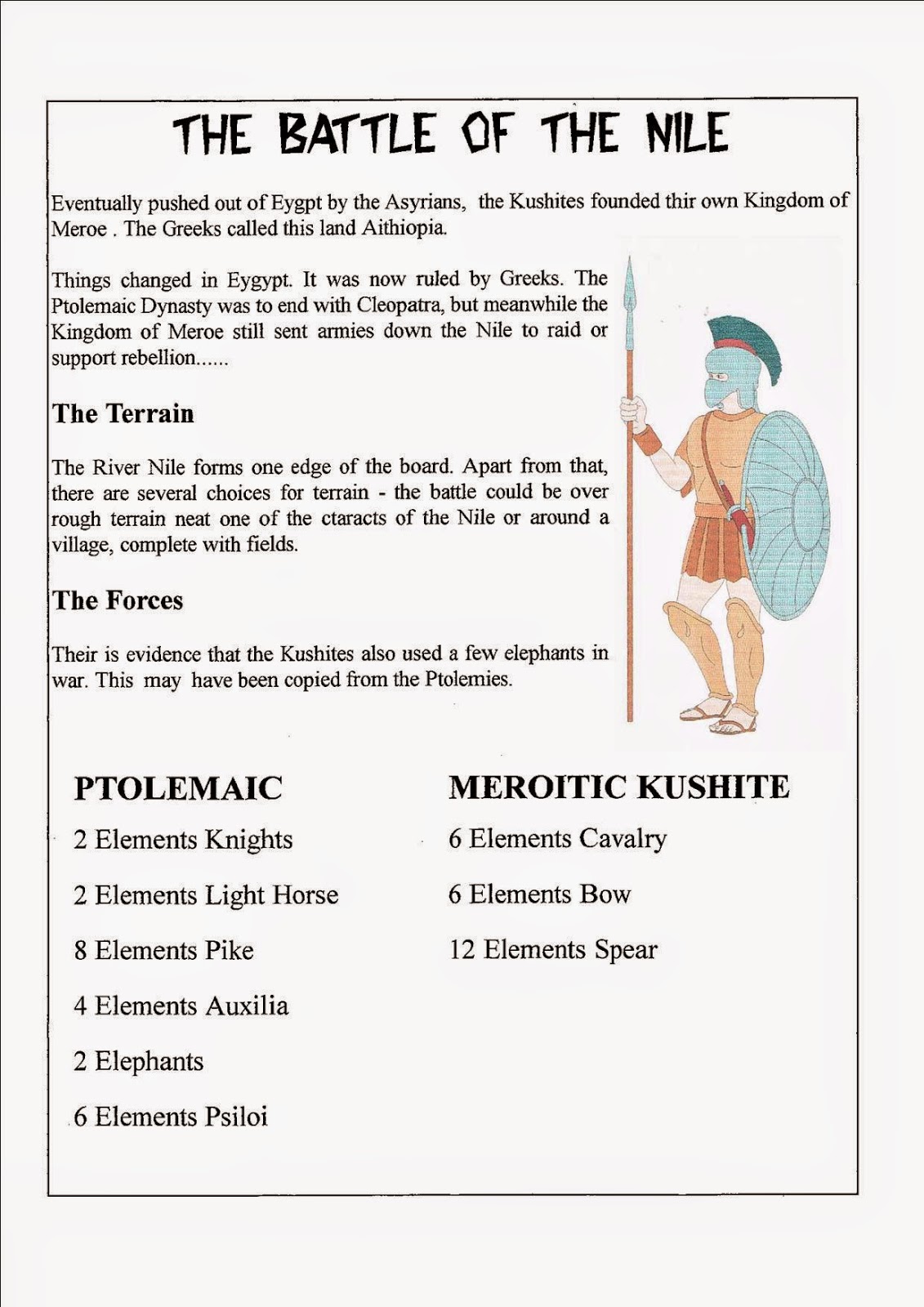 The Ptolemaic army I used for this was one of my oldest armies, Meroitic the newist and included a load of Zulus I picked up at a convention. Zulus made good spears... 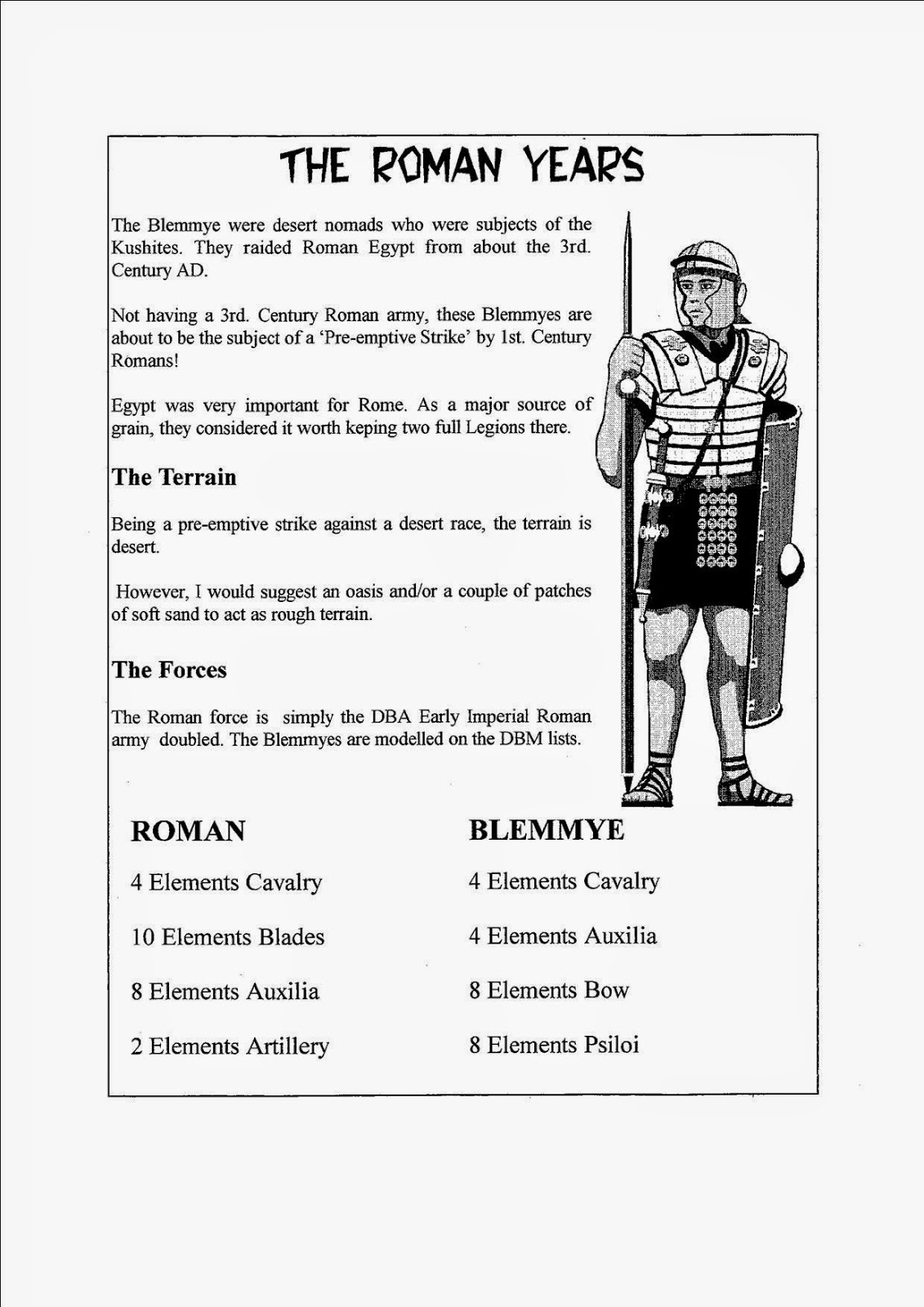 Original picture in colour but would have overlapped the writing so I left it black and white. Irregular Romans v Minifigs Blemmye.

Currently having a major sort through everything and found these. I don't think they're all there  - at least one red chariot with standard bearer and I also think I had a spears unit with red spears as well. Hard to think that back in the late 70s I looked on this as a cheap army - mainly because a model shop in Chester got rid of all it's stock at ridiculous prices.

Note the lack of charioteers - I just used to add loose figures when required. The figures that came with the chariots formed my archery units.

The horse is a favourite of mine and got used for  lot of other chariots in the past.

The regular infantry - sure I had another unit of spears

Regular archers and cavalry - can't remember which Atlantic figure I converted them from, I think one of the 'Red Indian' sets.

Nubians - note a few from the Airfix Tarzan side hiding in their midst!

The Battle of the GCSE Ancients

Every now and then you see a post on TMP about using wargames in teaching. Over the years I've run a number of things (including school wargames clubs), sadly these didn't usually get photos taken. However, just after taking over Garrison (and before it was having a major effect on my armies) a student I was taking for GCSE English did a wargames project. Basically, he produced a portfolio of work centred on wargaming and it was entered as part of his coursework. Part of this included fighting a DBA game with another student and writing it up - and this one was illustrated with a number of photos showing the course of the battle.

Apologies for the quality of some of the photos - they were taken several years ago without a tripod or anything. 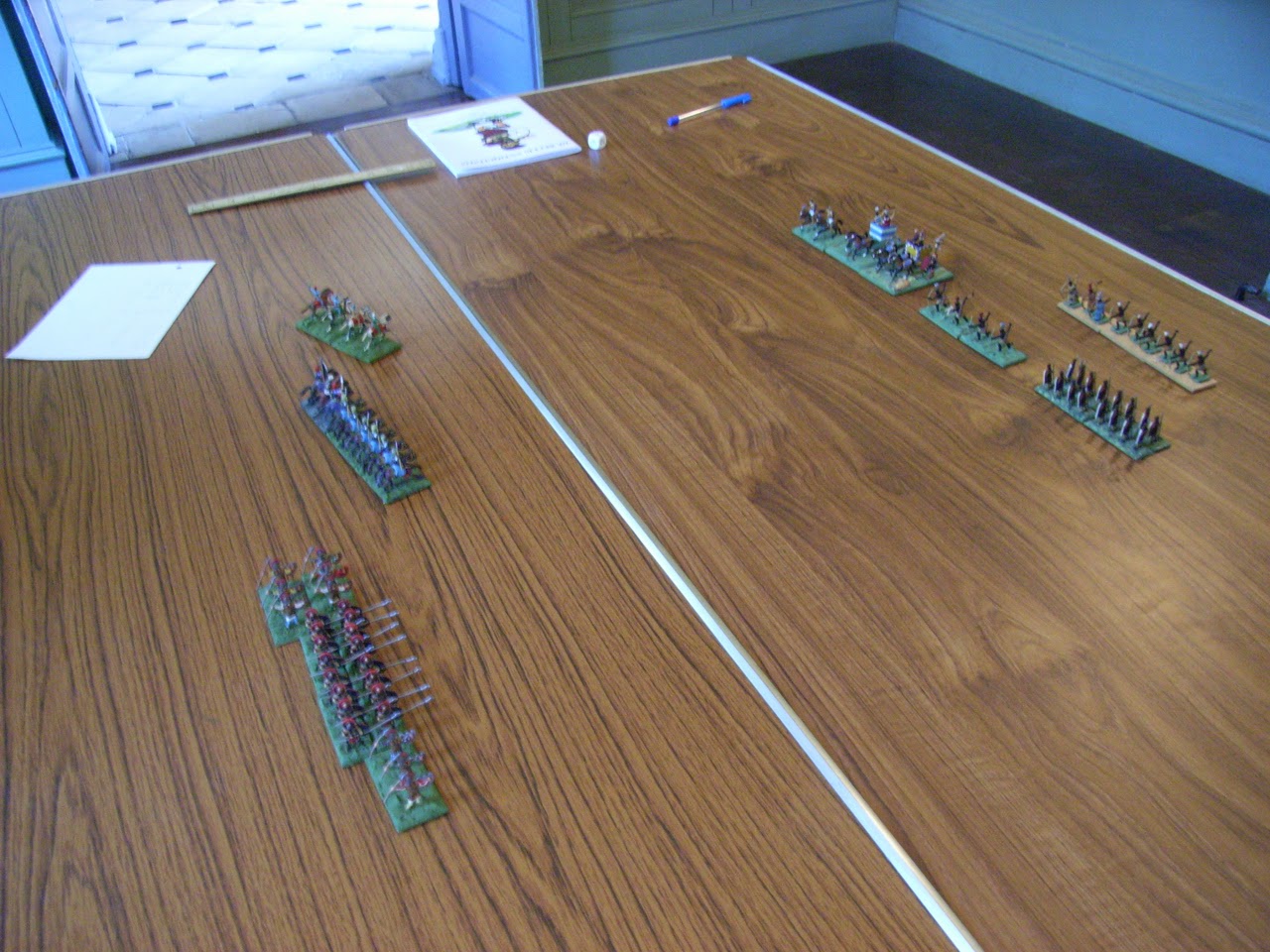 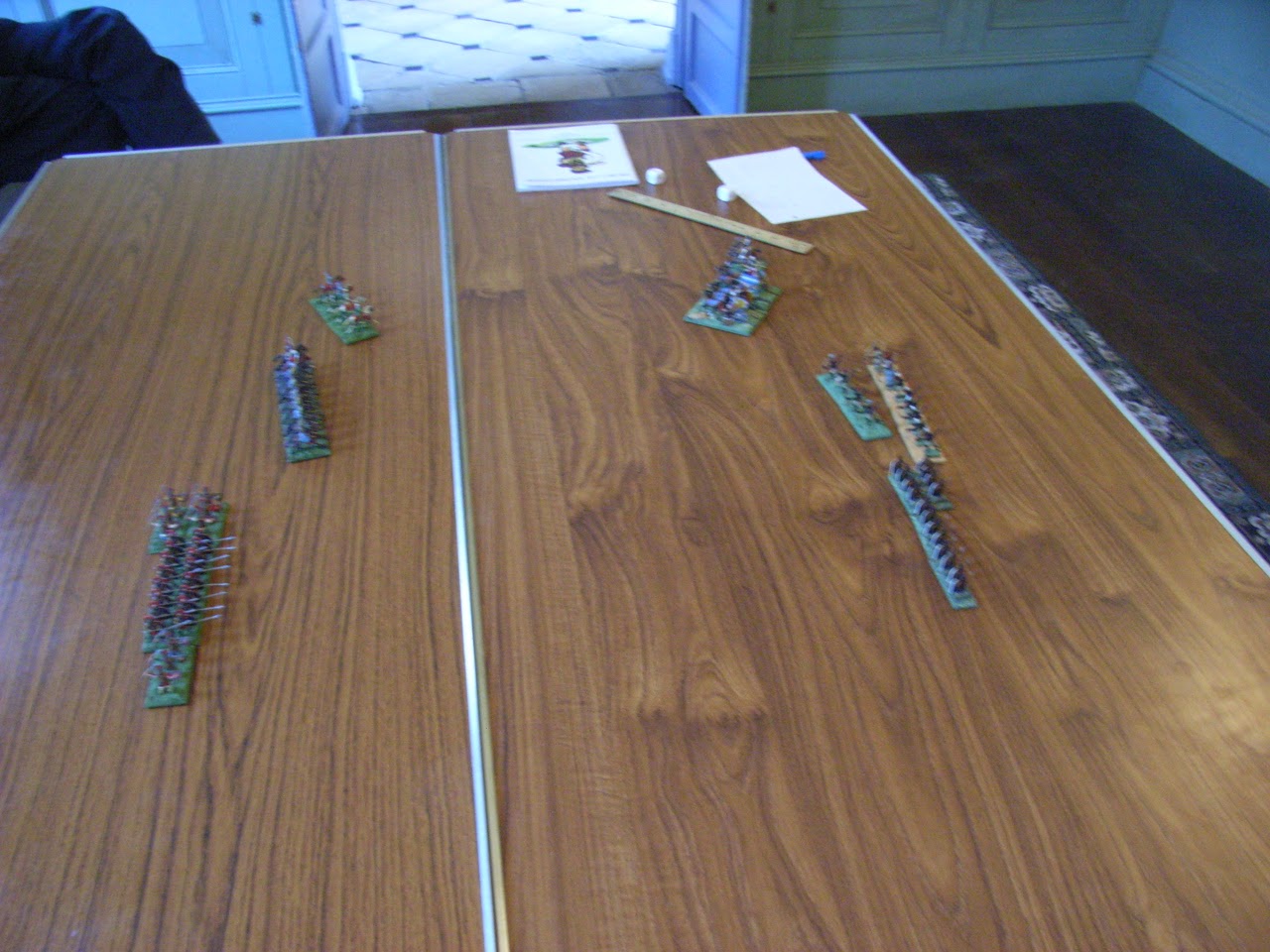 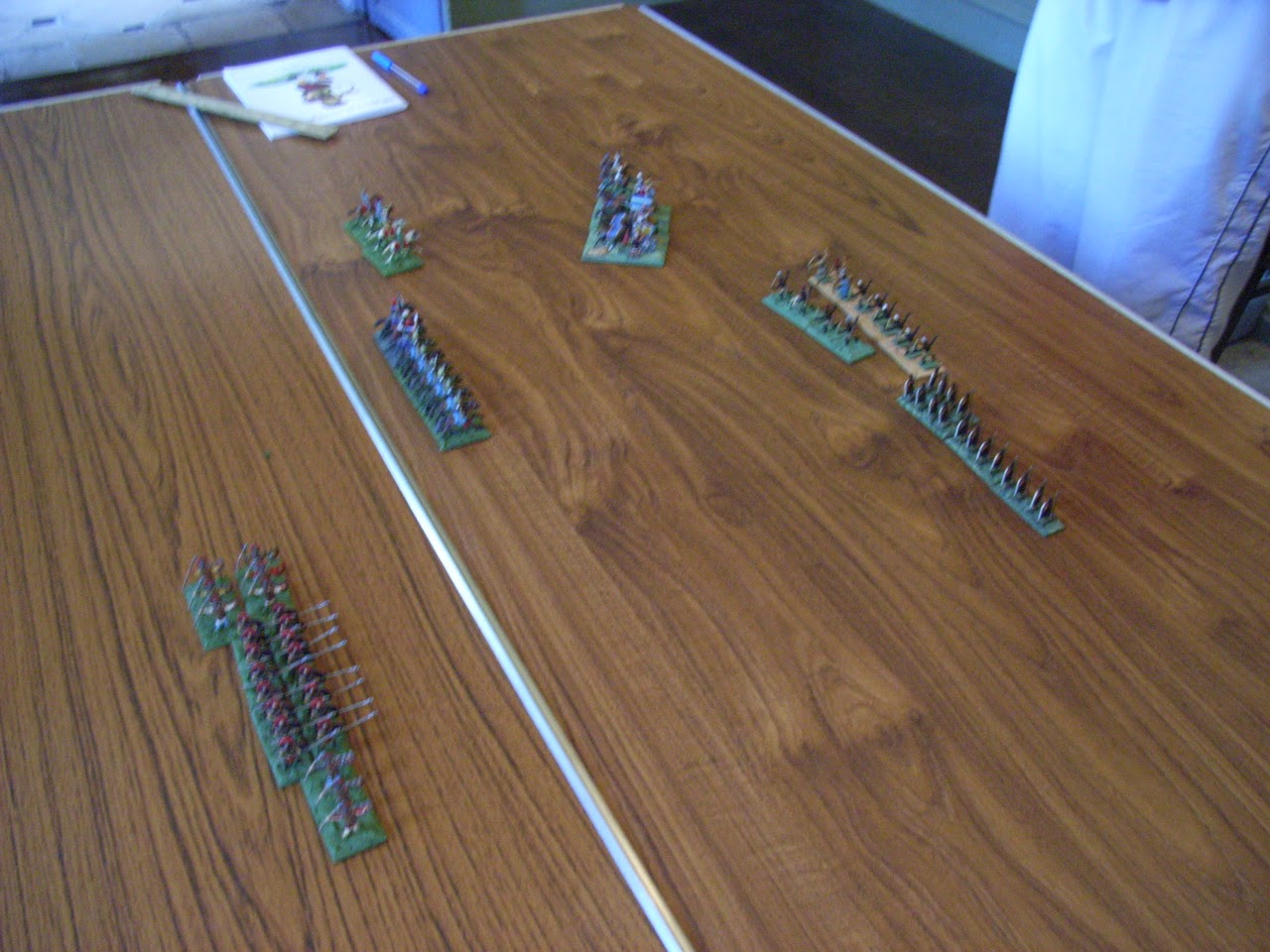 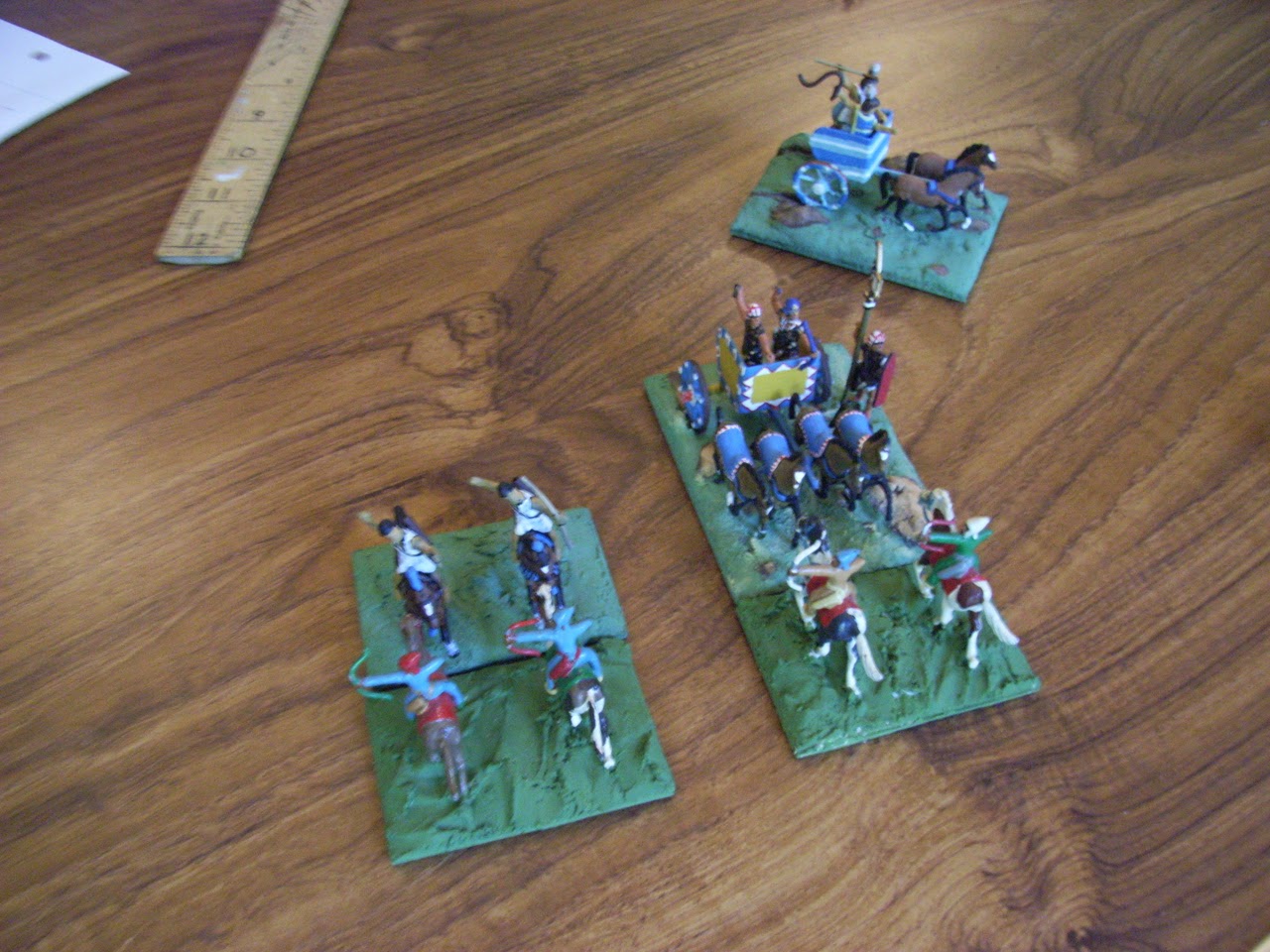 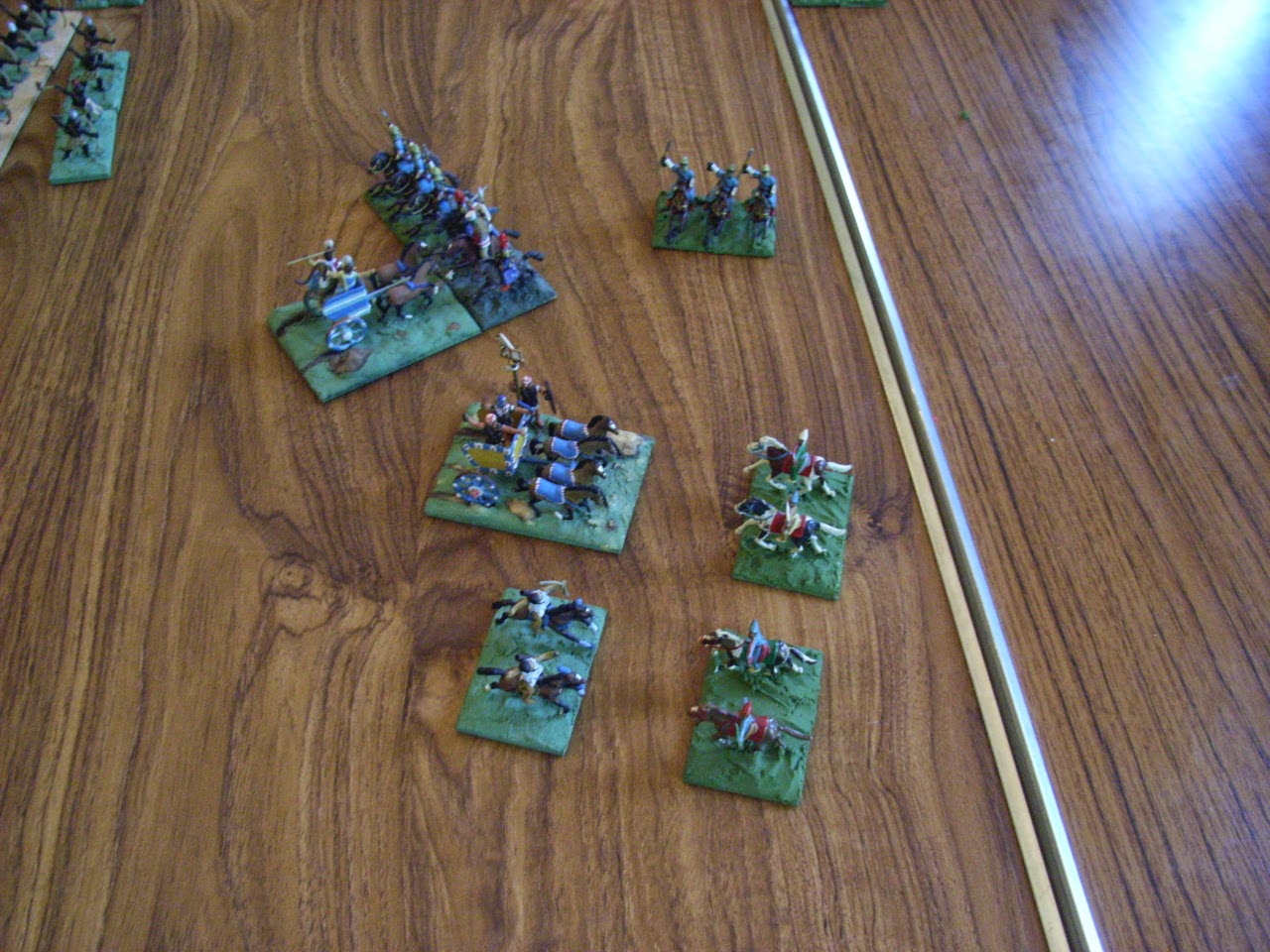 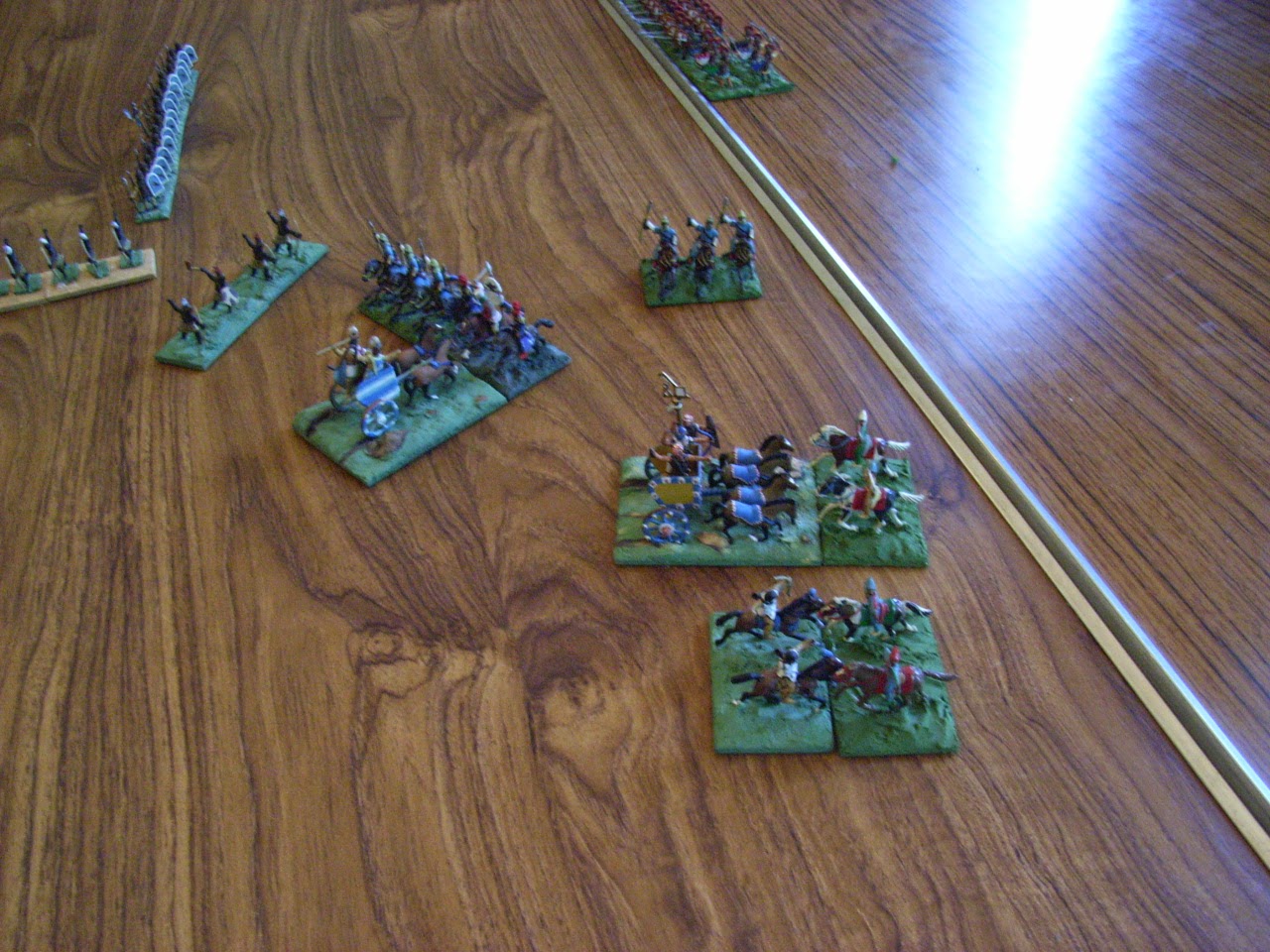 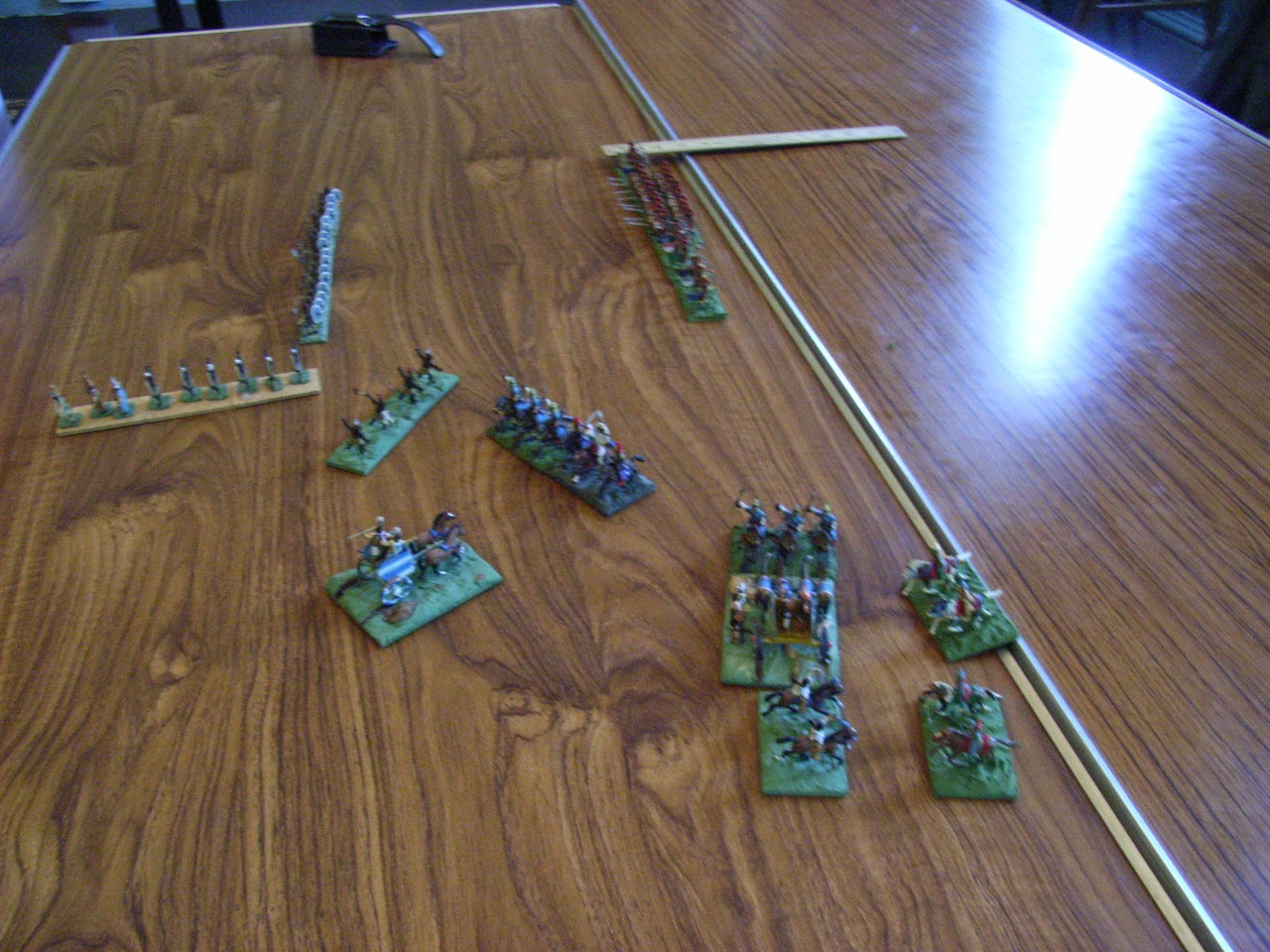 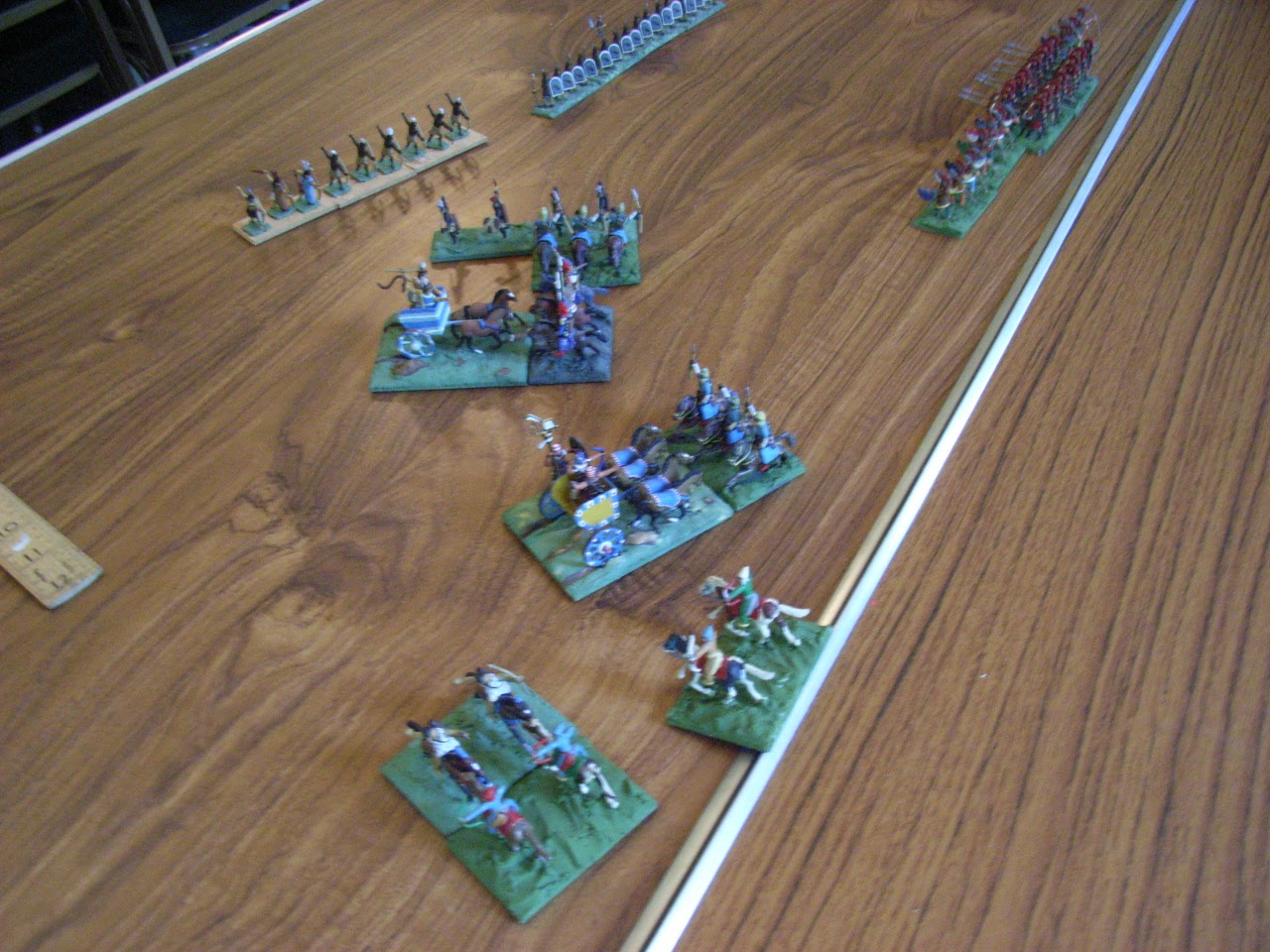 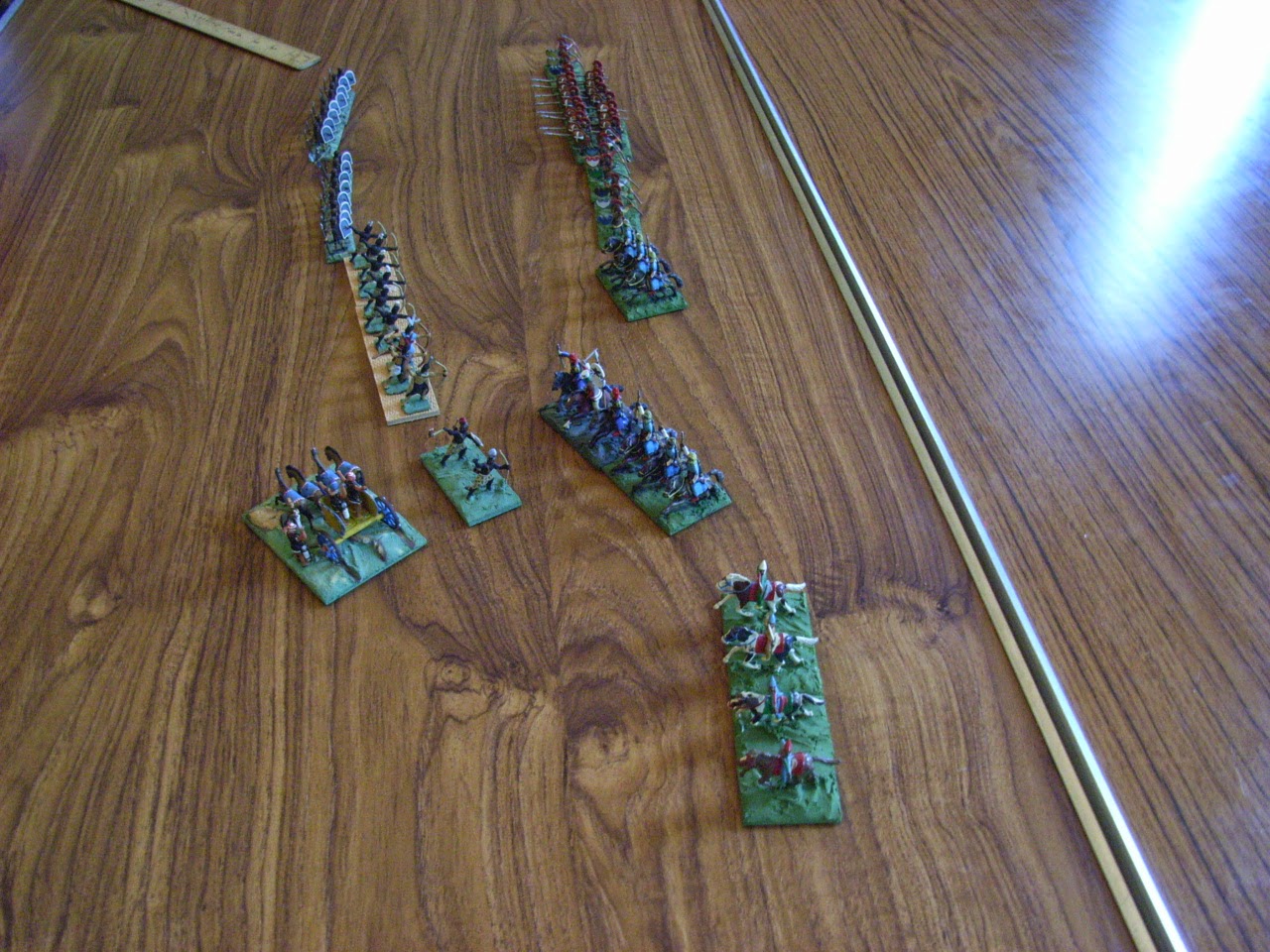 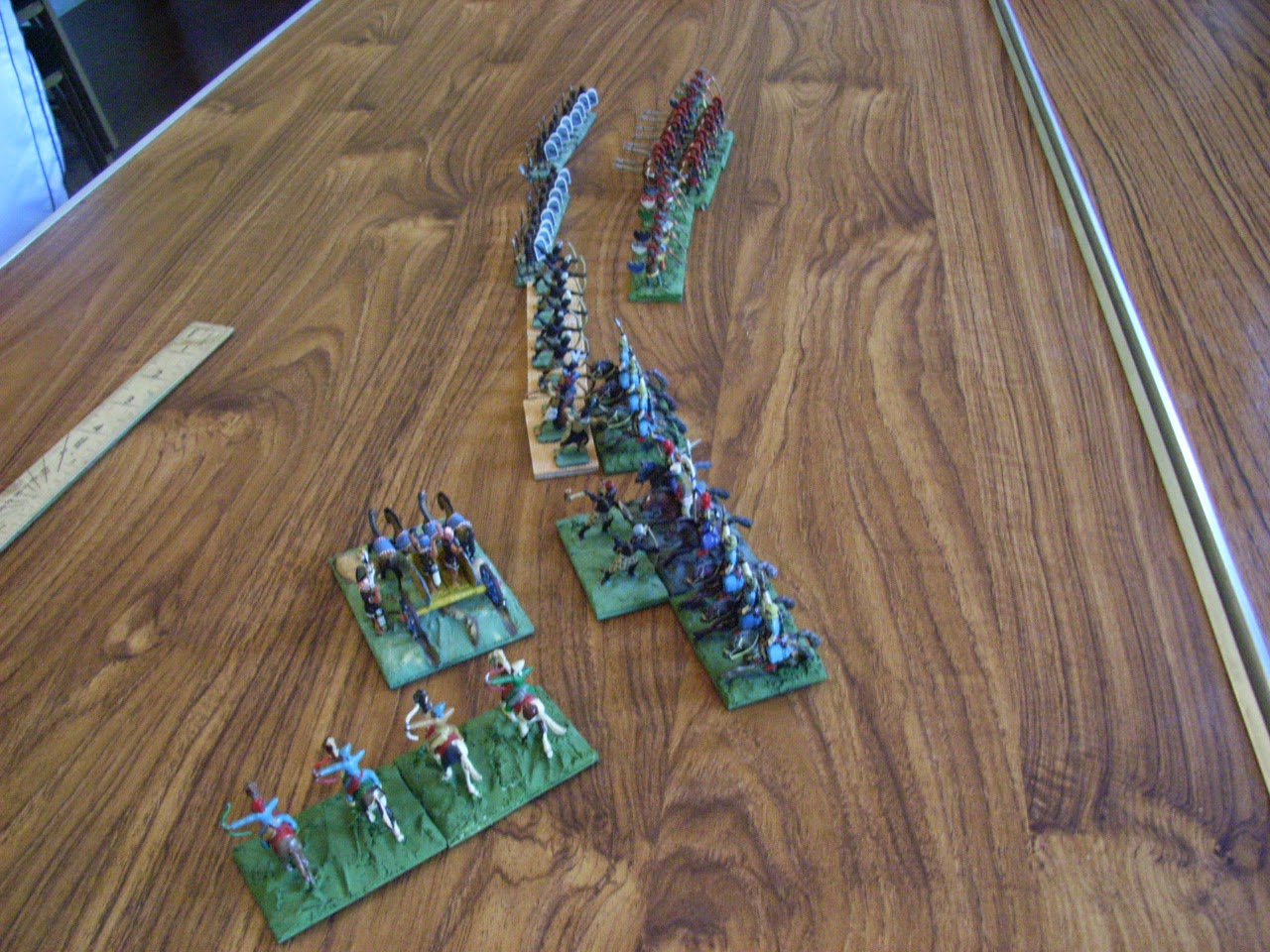 It's worth poiunting out that neither student had ever played a DBA game before - the one doing the project had been collecting Warhammer figures for a while but again hadn't played any battles, so it was even his first!

The last batch of orders were all to the UK and have been posted today so should arrive tomorrow or Friday.
Posted by Rob Young at 15:02 3 comments:

Thanks to everyone getting orders in earlier in the month I've now managed to complete and pack the last few. Hopefully they will be posted tomorrow.
Posted by Rob Young at 22:34 2 comments:

My philosophy has always been to start with a base army then expand it to cover other possible armies or times. The Kushites started as Egyptian Kushites then aquired figures to take it into the Blemye/Nobades areas. The Kushite army as an entity is all Minifigs, both later IR and EA Ranges, and dates (mainly) from the 90s to early 00s. However, quite a few of the archers were earlier IR Range figures.

I did get about 100-150 assorted Zulu figures at a convention bring-and-buy. About 50 of these were roughly painted up as a start towards the levies needed for later armies - don't know where they are now though. The best way I could describe the paintwork on them is 'very minimum wargames standard.'

Possibly because these were the figures he grew up around this army seems to be my son's favourite in my collection. I admit the bases at least are better than anything I do now!

Still an army with a bit of growing to do...

Early cavalry, I use these mainly as Kushite Egyptians 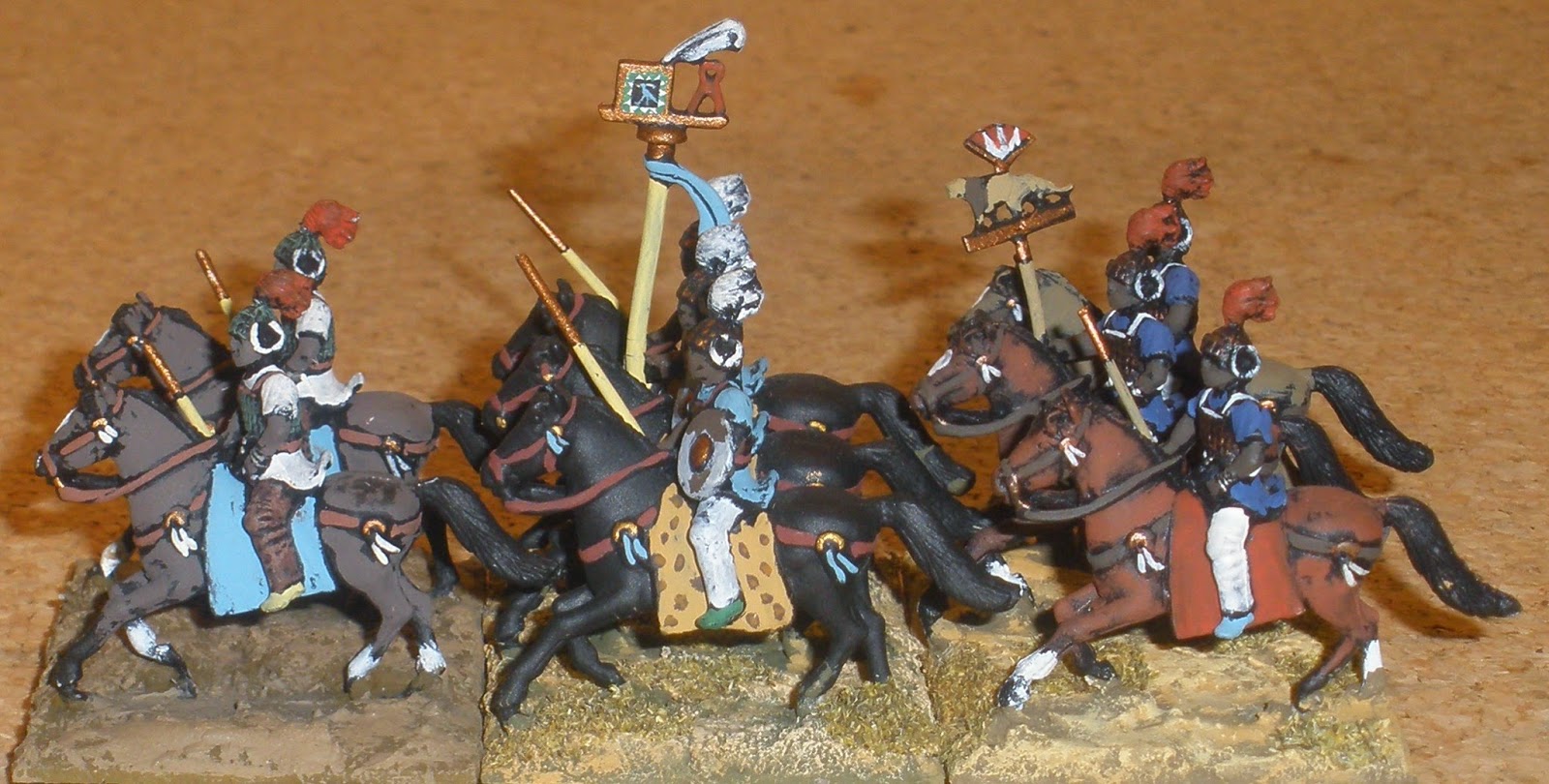 One of the few times when I appreciated separate shields on later Minifigs - though I still added them to one unit.

These are the cavalry that extend the Range into the 4th/5th Centry AD. Still quite happy to use them with the earlier ones though

I think these are mostly EA figures. The close fighting infantry component is a bit short on numbers

I think most of these are early PB Blemyes that have been recycled.

I've already posted pictures of the Minifigs 'S' Range Egyptian cavalry. However I thought it might be aan idea to show how they compare with the later offerings from Minifigs.

The chariots of Egypt

Probably better to say 'the Pharoahs of Egypt.' For some reason I seem to have collected a lot of Pharoahs over the years - and these are just the ones in chariots. I've got others on horseback! My chariot forces generally have just grown over the years in completely random and haphazard ways. 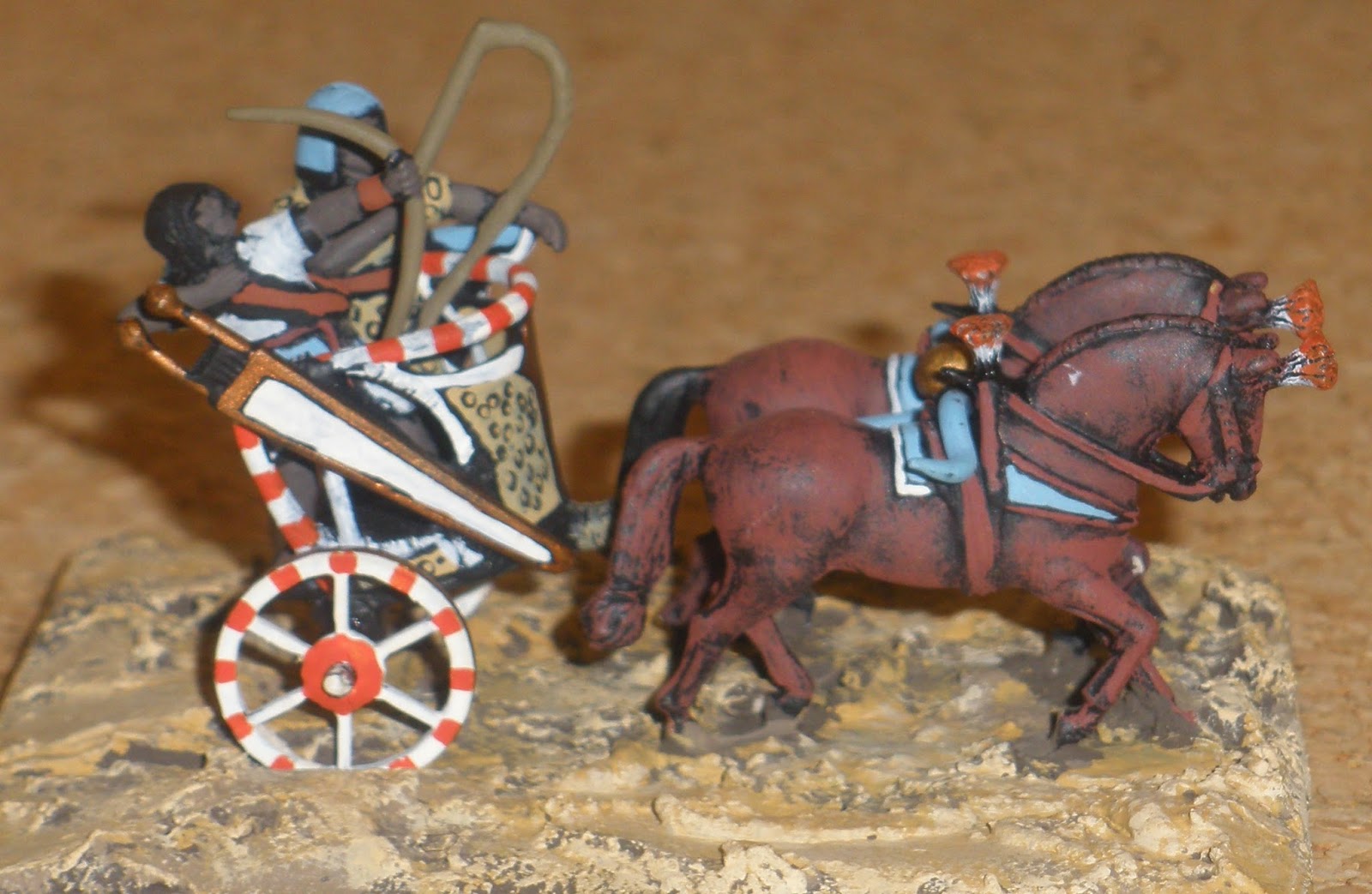 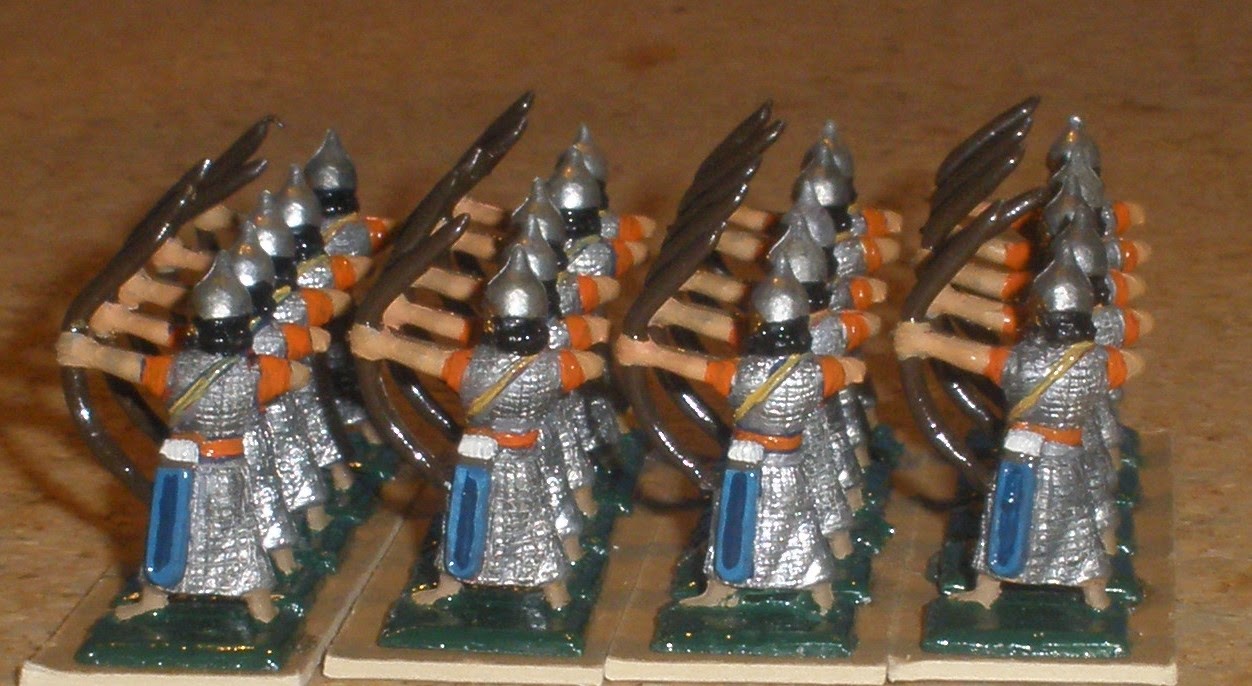 This is another part army, several units being 'elsewhere' at the moment. Very strong in heavy infantry, I think it will be needing a lot of help from my other Assyrian contingents as regards chariot strength.
Posted by Rob Young at 00:14 4 comments: