So that's 2 out of the 3 new units completed.

I admit I cringe when I look at the pictures in close up - my painting is definitely on a downward trajectory! 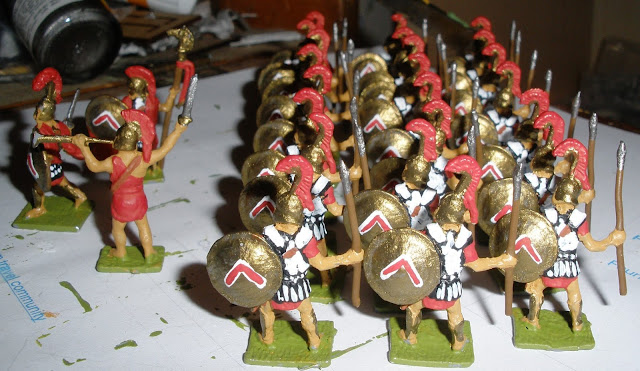 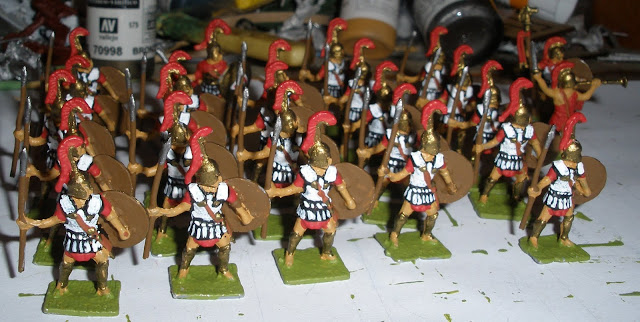 Next, the Athenian unit.

On the painting desk

Or  'How you can never have too many pointy sticks people'

First thing that I did once my new shed was operational was to cast a load of figures. Seemed like a good idea to start painting them...


Total of 72 new hoplites. Anyone who asks the question 'Why' just doesn't understand.
Posted by Rob Young at 23:18 6 comments:

There are a few 'restrictions' to this Review. Firstly, these are figures allocated to the Greeks. It doesn't include my Asiatic Greek hoplites - Ionian, Carian, other Asiatic. Those are part of the Persian forces. Nor does it include a load of figures allocated to the Atlantean army. Charles Grant collection are likewise excluded as I don't tend to think of them as being part of my armies - they're part of the Charles Grant Collection.

One other restriction, again as part of my allocation to specific armies. With the exception of the Spartan cavalry, all Minifigs cavalry are listed as part of the various Macedonian armies and only Garrison figures have been allocated to the Greeks. Some other Minifigs Greek cavalry have been allocated to Atlantis. To be fair, there's enough of the things to let me do that!

Which just leaves the various support troops and cavalry.

Getting closer to the Greek Review

The line of march option may be the best way of doing some of these reviews rather than battle lines. Gradually building these up, so more units here - up to roughly 500 hoplites so far.

Still a few more Garrison units to go, then on to Minifigs. Then support units...

One of the things that has always been on my mind is the sheer number of figures Greenwood & Ball/Garrison could have made but didn't. Strangely (though perhaps not based on the knowledge in the hobby at the time) the 20mm Greek infantry were all early but most of the cavalry had shields - a very late feature.  So the obvious thing to do was take the later cavalry, turn one leg forwards, stick them on a base and call them infantry.

This lot have been on a number of posts as individual units but this is the first time I've actually put them all together on one table.

Just that - being silly. Normally phalangites would be spread over several armies but couldn't resist this. This lot are totally unsorted and 'unprocessed'. So it's a mix of bases, lots of figures with no sarissa, lots 'missing' on the grounds I've just collected together the 'main' boxes...

Numbers. Harry originally sold me 250, but he had 400. When they arrived he'd sent... 400. Not all are here though. Add the 150 or so Garrison conversions I was building up - another 50 strong unit had been prepped ready for painting, cancelled when Harry's figures arrived. Then the original Macedonians and Seleucids from my 70's army.

Being one of the smaller armies it's one of the easiest to sort a Review.

It's currently a 4 part army. The first 3 are all ex-Harry. The Minifigs infantry and cavalry have all been rebased and include some remedial work on the cavalry. About 30 of the infantry were actually painted by me - originally sent to Harry then came back to me when I bought the army. This part of the army (and chariots) have already been shown here. The Garrison infantry have yet to be rebased. The chariots were ex-Harry but unpainted - so they have been painted and based by me.The final component are the recently purchased ones.

This lot form a smaller force than originally bought from Harry as many figures  have been 'purloned' by other armies - for example, the Dacians and the Atlanteans. 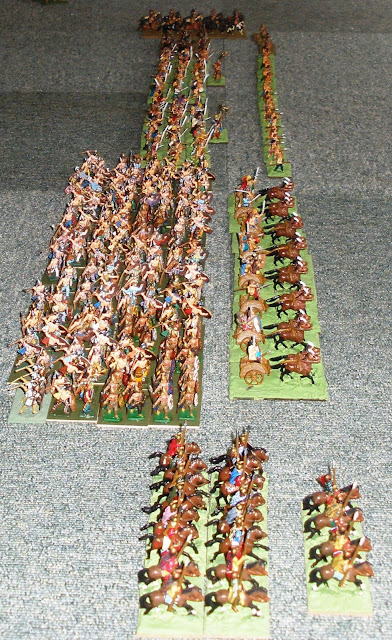 Palmyra isn't a 'proper' army yet. I've got the odd unit - for example, these cataphracts , but it's definitely a 'work in progress'.

A couple of recent purchases have got them a bit closer though. 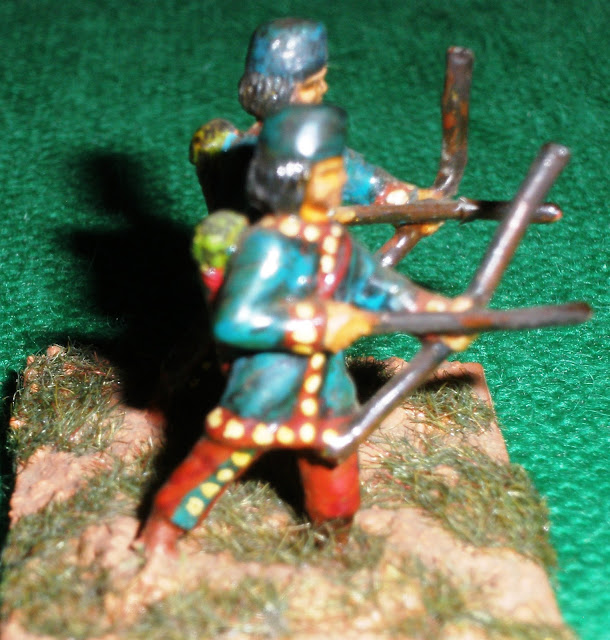