Demons of Darkness - 3705 the Chariot of the Apocalypse.

And mostly painted back then...

Probably took 20 minutes or so to finish off after a delay of nearly 30 years!

The reason is simple - never really happy with how it looked. Still not 100% but felt I really did need to get it finished! I've photographed it before glossing and basing as I think it will look better now! 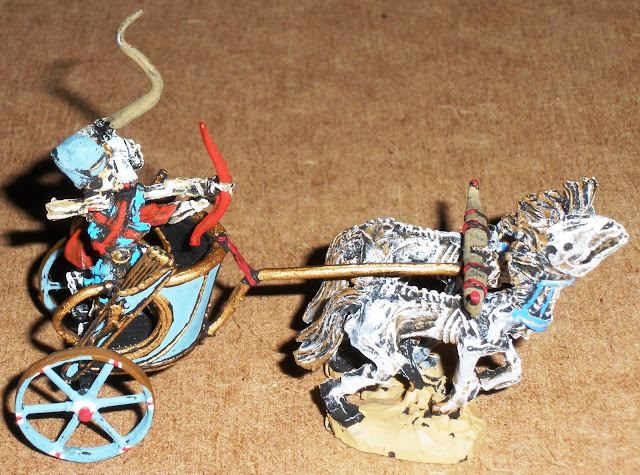 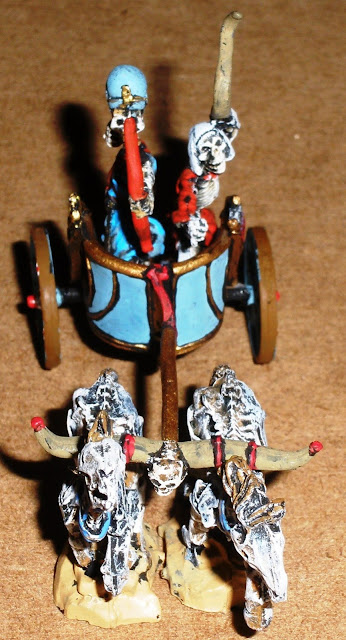 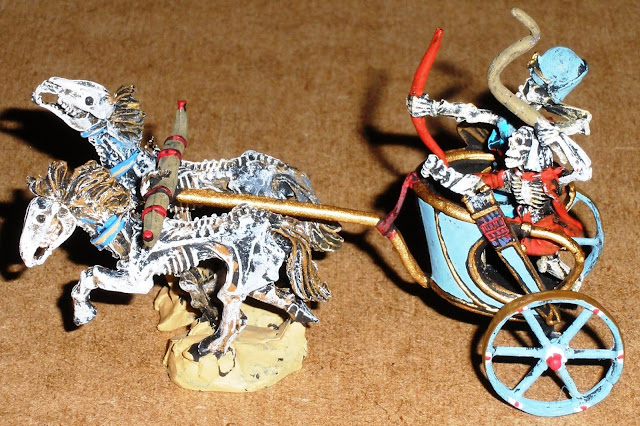 I've got quite a few odd models/units that can be descibed as orphans - in the banking sense of old neglected accounts - perhaps I'll be able to gradually bring them back into service over the next few months.
Posted by Rob Young at 09:21 2 comments:

A lot of my purchases off eBay are of largish groups of figures, and/or ones that need a lot of work such as painting or stripping/painting.

Which still leaves plenty of small purchases. In this case a unit of 'S' Range Sudanese archers for the Nubian component of the Egyptian army. Only 10 figures, they were the major component of a recent buy, and all they really needed was some slight retouching on the legs, glossing and basing.

Not sure which Division they are going to join, Ptah probably has enough of these - could end up simply attaching them to the Pharaoh's chariot unit as a sort of guard unit?

Couple of lots of Lovecraft, so time for something a bit more 'normal'.

Romans are one of those strange armies as far as I'm concerned - never seem to get round to finishing Roman armies, nearest I've ever managed to get to a full metal Roman army is my Irregular force. Generally, I manage an odd unit. Having said that, I am quietly making my way through a Garrison force - for example, here and here.

So lot are recent ones from Harry, a mix of S and early PB - with the Romans there was a lot of similarity and some early PBs were simply re badged S Range.

The ghasts are RAFM, the shoggoth Mirliton - for some reason I don't have a RAFM shoggoth.

Again, virtually pure drybrushing so very quick to do.

There's a need to get on with more Newhaven stuff, especially the major monsters. On that basis, had a go at painting up Cthulu and Tsuthoggua. My problem with these is that I'm never sure how to do - colour schemes I've tried in the past just never looked right.

This time, though, I'm actually happy with the results!

At the end of the day, the question is always going to be: 'Do you read Sutter Cane?'

Well - sort of. I've followed my usual routine of not bothering with reins, but I did replace the reins on Cyrus's chariot so...

I've posted this on labels as Minifigs... Minifigs crew and horses. Strangely haven't credited Garrison for the chariot wheels!

Next up, seems a good time to do the Review for my Assyrians.

Got started on the Assyrian chariot, this is how it's looking end of day 1. 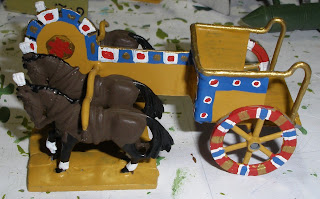 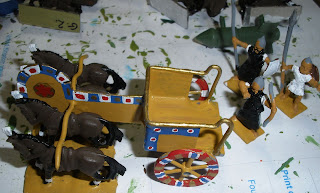 Assyrian chariot - OK, Why not?

Try to complete it, that is. There were 2 red ones, so might as well go for one of them...

Two things though. Firstly, the wheels... replace them with Garrison. The axle on the chariot is wider than the chariot wheel hole so had to drill it out a bit. Second, needed to drill a hole so I can put a chariot pole through it.

Greeks and Assyrians and Egyptians...

Or, recent purchase of unpainted figures from Harry.

Didn't want to post anything until I'd painted some of them - now done.

Having added 3 squadrons of cavalry to the army I thought it would be nice to see all my Garrison ethnic Persian cavalry in one place - ethnic Persian so ones like Theban, Egyptian or Assyrian cavalry are excluded, although ethnic is being used very loosely as I have added Scythians!

Originally my Garrison Persian cavalry force only numbered about 60 figures. Attrition over the years reduced this so the low point was probably nearer 40! Two things changed. Firstly, buying Garrison has meant casting and painting large numbers myself, secondly buying Harry's collection was an immediate expansion. So this Review has something like 330 figures in it...