One problem about the army of Cataplana is that it's quite small.

Especially as it's main enemy can field this lot:-

So, in a recent visit to Portugal (the modern name for Cataplana) I bought a few reinforcements. Actually, I might have gone slightly over the top... 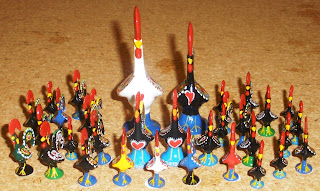 However, there's more. It seems that there are still a few griffons left in Portugal, so assuming that they were more common in the past I'll be adding a few to the army. By a happy coincidence Garrison made griffons - I'm going to have to go through things and see if I've got any cast up. 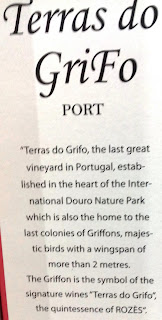 Going to Work in Newhaven

I've started the 'official paper' playtesting of the combat and movement charts to see how they work in reality - later, I'll go to the board and check out how well the movement charts work. It may need two sets of movement depending on the scenario - some scenariois will just use one or two of my A3 boards, others may use the whole 6 by 4 foot set up and I'd rather have 2 sets of movement rates than just one that leads to a very, very slow game on the large table. Initially, I'm just doing them with the basic factors rather than adding variable dice rolls.

So, first one, Going to Work in Newhaven:

Being dependent on the tides, shipping on the Miskatonic is a twenty four hour activity. As a consequence, my job often required me to either start or leave work in the middle of the night.

From my apartment on West Street I would walk to Main Street, turning right at the graveyard. Past the graveyard, a left through Peabody Park was my usual route taking me to the river. Hence I would go right along the river, past the diner to the warehouses where I worked.

Being a good cautious Catholic, and well aware of possible night time travails, I naturally made a point of always carrying both pistol and crucifix!


On the night in question I was due to start my shift at midnight. I left home early at a steady pace, intending to leave plenty of time for coffee and a light meal at the diner. It was a fine night, quite light with a full moon allowing good visibility. Though I naturally took my flashlight there was sufficient illumination even in those areas away from the few places covered by street lighting.

As I approached the graveyard I was aware of a presence. Drawn through the gates I could see a figure sitting on a large tomb. It appeared to be a girl or young lady; concerned for her safety I approached calling out to her. She faced me, moved off the tomb and approached. It was with a sense of horror I now noticed the wings… the being was a lamia! Quickly I held my crucifix before me as I retreated, feeling the pressure of the lamia’s will as it attempted to ensnare me… With a tremendous effort I threw off the pressure in my mind and managed to get through the gates. Fortunately the lamia appeared unable to leave the confines of the churchyard and I was free to continue.


(A lamia is classed as a monster with a (psychic!) attack of 3 and defence of 2. The crucifix and his faith meant that the worker had an attack value 3 and defence value of 3 against monsters - the crucifix is considered to be a hand weapon against a supernatural monster. Against a physical attack it would not. Assuming both sides throw the same dice score, the lamia attack (3) was met with a defence of 3 and the attack was a draw – it failed. The worker had an attack value of 3 against a monster defence value of 2 so his attack succeeded – the worker was therefore able to break away and continue his journey to work).

Gathering my breath as I walked through the park I was aware of the bushes and trees rustling. To my horror I realised that one of the trees was moving towards me… Again I was forced to beat a hasty retreat from danger. Happily, I had seen it in time and was easily able to outpace the monster and leave the park safely…

(Walking trees are classed as either large monsters or leviathans.  Depends on the size of the tree, but in a small park it’s a slow large monster. Still, if he had been trapped by it, His attack/defence value of 2/1 would have been a problem against the 4/3 value of the tree. Best to run and not get that close. This particular ‘incident’ caused me to look closer at the combat factors of leviathans and I have changed them.)

The walk along the river was happily uneventful – it had been several months since those stories about strange batrachian looking people attacking strangers. As I thankfully drank my coffee I resolved to leave Newhaven at the earliest opportunity, or at least move to the day shift – as it happened, an opening appeared shortly after in the company offices in Innsmouth, so I gratefully accepted…


The Newhaven universe is an alternate reality. It is more-or-less Lovecraftian and loosely based somewhere from the 1920s to the early 50s, the culture being a mix of both the US and the UK. However, other pantheons and monsters are well represented.

The port of Newhaven is based on a simplified version of a map of Arkham. In 28mm, Arkham itself would have been a bit much. It is on the Miskatonic River and includes one campus of the Misakatonic University. It is not certain whether it is the same Miskatonic described by Lovecraft, probably not. There are many different universes in many different dimensions. Some of these different universes, etc, are actively studied – both officially and unofficially – by the university. This can have consequences.

Newhaven – as well as many other places on this Earth – has a slight problem. Some of those different universes/dimensions are very close and they sometimes ‘leak’ through. Not all the monsters come from other dimensions though. The Newhaven universe is large and the laws of physics there allow creatures to reach Earth from places like the Crab Nebula or Orion via wormholes. Some don’t need wormholes – they fly here all by themselves.

There are military differences between our universe and the Newhaven one. The authorities are well aware of the status of their planet, especially in relation to the undersea denizens. Like Innsmouth, a few years previously certain reefs of the coast were depth charged by the navy. Since then, a new class of small coastal warships has been produced to protect the coast. These are the Arkham class, and exist in 3 (for now) versions: gunboat, torpedo boat and anti-‘submarine’ boat. At least one gunboat and one anti-submarine boat are usually based in Newhaven itself. However, the government is probably not aware of the degree to which the undersea world has infiltrated the land, especially in relation to various religious organisations that worship or ally themselves to the undersea peoples.

Some of the other dimensions closest to Newhaven are almost supernatural in our terms. By supernatural, they and their occupants seem attracted to religious sites such as churchyards. These churchyards may be the site of interdimensional breakthroughs or even provide a permanent home for… creatures. Such creatures dislike being disturbed, which can be awkward, especially if a graveyard is deserted then later, perhaps, built on.

Other creatures will have their own limitations. Some may find the energies given off by religious sites and objects to be painful or even fatal. For these, religious artefacts can be used as weapons.  Some sites and objects can draw on arcane energies to ‘create’ creatures. Thus a creepy wood may create hostile treemen, a graveyard create ghosts, lamias, etc.
Posted by Rob Young at 12:31 4 comments:

In  the past I've not bothered about 'written'rules as such but I thought I would with these.

Going to take some time.

Most of the tables, etc have been written to first draft but still need a lot of work.

Meanwhile, as a starter, this is my current introduction - I'm sure there will be several alterations/additions/rewrites to follow:


'Newhaven Chronicles rules have been/are being written because I saw a need for ME.

To explain. I tend to wargame solo. In the past, whatever I’ve done, it has been based on DBA or HoTT, simply modifying the odd thing here and there for each game.

Then I started building Newhaven and things changed. Yes, I can simply change it so that an element is just a single base. That works. But combat didn’t.  As an example, a policeman with a gun is  a shooter. But… what if he loses his gun in combat or runs out of ammo… to me, he’s not a shooter… and if he’s fighting things off hand to hand, that’s different to managing to use his baton… or he could be shooting  any one of a combination of guns…

Then there’s the tentacles problem… in reality, each tentacle can fight separately. Also, one tentacle can wrap round a victim while sideswiping several others…so the combat system didn’t work there.

Or swarms. If using more than one per base then beasts would fit, but here… anyway, a swarm of army ants is different to a swarm of rats and a swarm of bees doesn’t really fit with flyers. A swarm of wolves is called a pack and they are big enough to treated separately.

Also in real life both sides might hurt each other in a fight, not really catered for.

Oh, lots  of things. Cut a long story short, I’ve decided to start almost from scratch and write everything down. This is a start…'
Posted by Rob Young at 16:01 No comments: