Says it all really - I've had a blitz and added a load of old catalogue pages to the Pages section of the blog.
Posted by Rob Young at 17:13 No comments:

Philistine DBA (Plus a few extras)

I've spent the last week or so painting up some of my stripped Philistine infantry to form a DBA army. As I prefer to make complete units it means I also have a few 'extra' figures completed.

My chariots and ox cart have already appeared on the blog.

Spears are A.Ph. 1s Philistine spearmen with shields painted plain bronze. I used the same figure for the 3Ax but simply gave them mainly hide shields.

The archers are A.Ph 2s Philistine Archer. No A.Ph.3s Philistine Officer - not aware of it being produced though I have a couple of Spearmen  conversions still in the Dettol.

This is my current complete army with the exception of a 4 element unit of Cv I painted back in the 70s - army list Philistines and Sea Peoples don't have cavalry so they are currently being neglected.

I've still got a load of figures in Dettol - these will mostly be painted and based as 3Bd for armies I/28 Sea Peoples and I/29(a) earlier Philistines. For the Sea Peoples armies I'll need some Sherden as 4Bd. There isn't an 'S' Range figure though I have a few later EA Range ones. However, what I intend doing is use it as an excuse to paint up some of my Rose Sherden.
Posted by Rob Young at 23:14 11 comments:

Working on my usual practice of several projects at the same time, my Philistine army has a new addition.

At the moment I only have this one, though I do have another cart sans oxen. Could do with a couple more though. 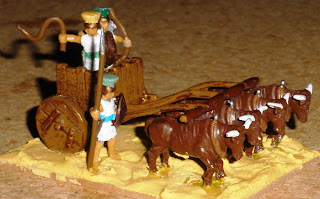 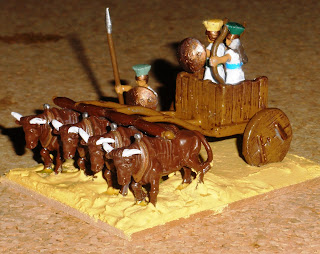 A couple of years ago I blogged about an Indian force I had acquired.

Since then, I've painted up a few chariots (the ones that had the slight accident with the wrong spray can) and sprayed lots of infantry brown. Also found a couple of extra horses so the new chariots are up to 3 now.

So, the Indians I had included a few more elephants. Four of these are now painted and based.

Nothing fancy - the elephants themselves are mainly just sprayed grey. 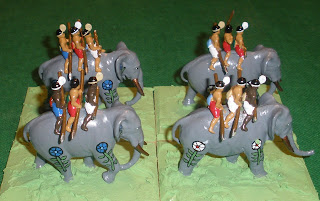 A comparison between the 'original' elephants and the new batch shows both elephants and base are much lighter on the new figures  than the  old. Not a major concern - it's not being looked on as a 'showcase' army.

Thought I'd also include a couple of pictures of the general in his howdah. 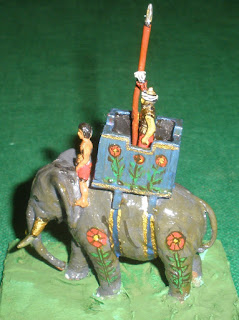 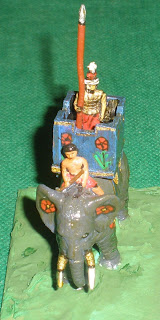 And a Happy New Year 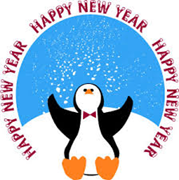