Ordered a goose for New Year, went to collect... not there, someone came to the shop yesterday saying they had ordered a goose so they got ours...

So we're stuck with a frozen turkey (if it defrosts in time) - still, they didn't charge for it so... 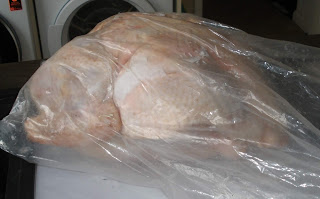 And updated - Sandra started going round trying to find a goose. And succeeded. A half-price goose that was already half the price of the one we were getting.

What I did over Christmas

We seem to be settling into a Christmas routine: when my son Steven is here for Christmas, it's turkey at home. This year he's here for the New Year so Christmas was away for four days. 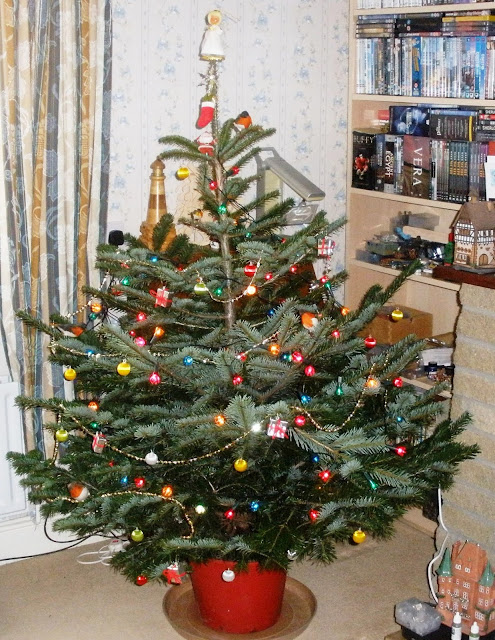 I've sometimes dabbled with the idea of doing ACW armies - in fact, years/decades ago I did paint up a lot of Airfix figures. More recently - but still a few years ago - I started a couple of units of Rose 20mm Confederates. However, it didn't last long and the figures were put to one side and quietly allowed to deteriorate....

Not one of my biggest armies so I can't say 'Garrison' or 'Minifigs' Review - This lot include Irregular, Garrison and Minifigs. Add them all together and I'm getting towards one reasonably sized army - though with some very incompatible paint jobs!

Back in May...2018... or thereabouts I ordered some Prussian ZinnFiguren moulds from Germany. What, with one thing and another, I finally got round to trying them out!

Setting up for Christmas

As I said, once the tree goes up painting stops...

As I've mentioned, once the tree goes up I lose access to my painting desk. So this lot are probably the last lot of figures I'll get finished this year. As it is, I only painted the horses - the riders were bought ready painted. I don't know whether it happens today, but back in the early 70s 'S' Range and early PB riders were moulded with saddles attached and the horses were were bare backed - so quite a few people would only buy a few horses and just swap the riders for the battle they were fighting. So these days I buy some riders that never had their 'own' horses - happily, Garrison horses usually do the job!

My early Persian armies have expanded quite a bit this year so it seemed like a good idea to hold some kind of Review. Sheer logistics meant restricting the army to Garrison line infantry/sparabara with a few supporting cavalry. It also gave me a good opportunity to see exactly what I had in various areas in terms of units and colour schemes. This would enable me to plan future expansion (as if...)


In total, about 60 cavalry and 350 infantry. Not massive in relation to my total Persian army, but looks good as part of a standing field army! Also, worth comparing with my last Review and remembering many of the infantry here weren't around then.

Meanwhile, still casting the robed figures like mad and also want to cast a few more Guard cavalry...  Also thinking about next year. Want to get some Roman armies sorted - shouldn't be difficult but I just don't seem to manage - did do most of a small Irregular army once, plus   a larger Airfix Roman one (including light infantry and cavalry conversions) about 45 yrars ago. Might also start 7YW British or German force... though not sure my eyes could cope with the painting.

Tidying up some Persians.

When I first started using the body filler basing method I originally intended to just use that as a base before adding flocks, etc. As such I experimented with a number of colours for the base, usually an earth colour. Finally decided it's time to get some some of these units up to the 'Chapter Approved' (is that an actual GM Trademark?) colour standard so I've overpainted the earth colour on a couple of units with an olive green/green sky paint mix.

Another unit of Garrison robed sparabara.

Partly because I like them I seem to be painting a lot of the Garrison Persian robed sparabara conversions. The Immortal figure, for example, I consider to be a poorer design - one thing is that the spears are very fragile. So, another unit of the Persian levy. Again, I'll point out that they should be Medes, but I'm aligning my id of the figure to the Minifigs Mede and Persian figures, so the figures I call Persian are actually Medes and the figures I call Medes are Persians... anyway, I know what I mean...

A bit over  a year ago I mentioned that I'd painted up a unit of Hordes for my Persians but didn't get round to basing them. I thought that, perhaps, I would base them in the New Year. In a way I was wrong and have actually based them before the New Year. I just hadn't stipulated which New Year...