I'm calling this first photos because they're not all that good. I haven't got lights set up so they've literally been taken with a hand held camera using the camera's own flash.

Also... having taken a load of photos I found that I'd forgotten a load of cavalry. About 50, including 2 Guard units! So back I trundled... more photos, counted up and wondered why so few chariots... found them, didn't have room for them so they joined the King's inspection retinue...

Also realised that there are serious gaps in the photo record... need more photos... 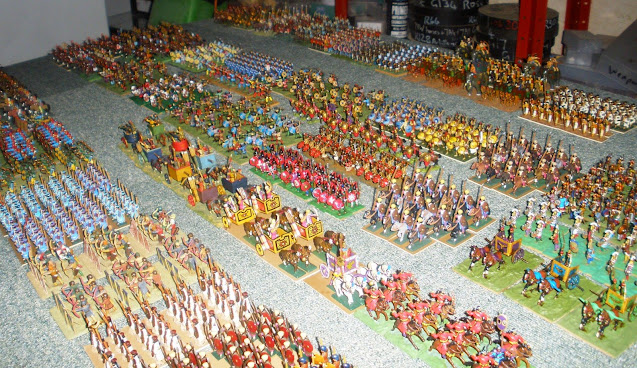 The first picture shows the army taken from the left flank. Quite a bit of the left flank figures are missing and it only shows three of the lines of figures. 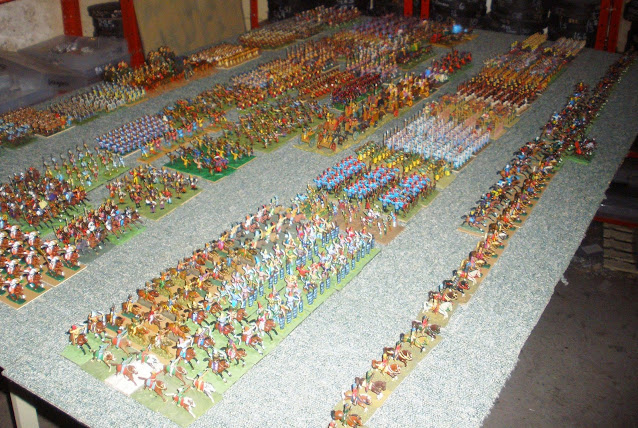 This one taken from the right flank includes the front line of light cavalry - no space to include them in the other lines. This photo was taken before I realised I was missing a few chariots so the Royal Guard is smaller than in the first photo! 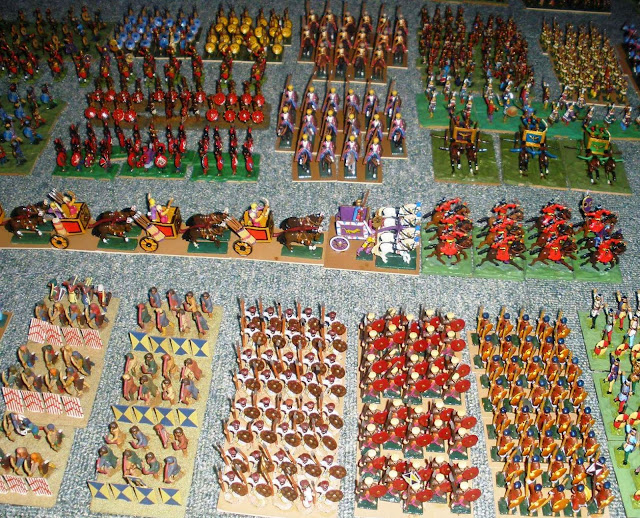 The Great King preceded by his Guard cavalry and followed by some of the chariot force. The figures at the bottom of the picture show the 'Royal Army'  of Medes and Persians, to the King's left are the troops of Phrygia, Lydia and the cities of Asia Minor. The Persian cavalry directly to his left are presumably there help ensure they behave themselves! 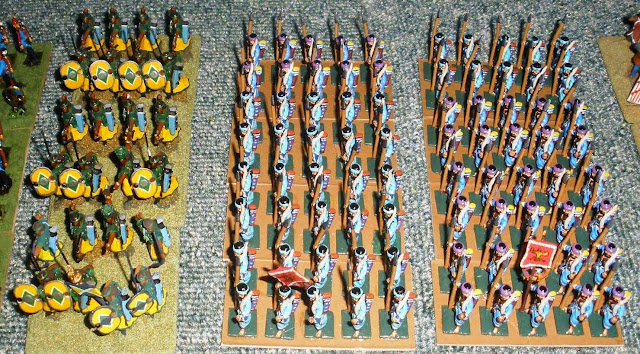 Three of the Immortals Regiments. Several didn't make it to the Review... it was only after I started processing the photos I realised the back 'S' Range figures have swapped Regiments!

The left flank of the Immortals is secured by several quite powerful Mede, Persian and general sparabara units.

The extreme right flank of the second line is the Scythian contingent - a unit of Sparabara surrounded by light cavalry.

Just behind them lots more cavalry, mostly heavies, and the start of the Persian and similar levies.

The right flank of the fourth line again includes lots of cavalry. 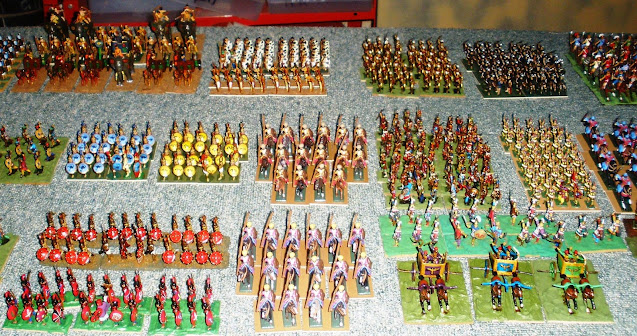 This is the part of the line being passed by the Great King but also includes the fourth line. The two contingents on the back row are the Indians and the Thebans. 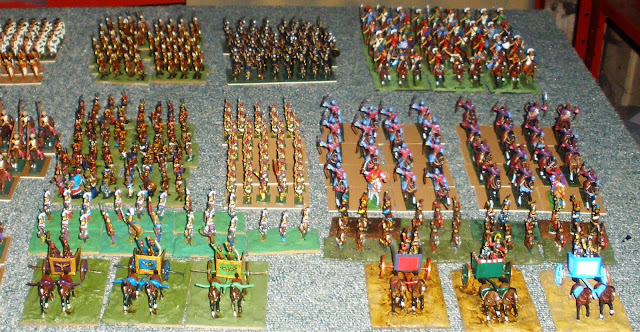 Another shot of the third and fourth rows up to the extremme left flank. Basically, Thebans at the back, Phrygians at the front covered by half a dozen chariots.

These are the Persian (etc) levies  in the middle of the army.

Right at the back of the army and jammed between the Indians and the right flank cavalry are the rather less than dependable Assyrian and Egyptian levies.

Size wise, I did make an attempt to count them. The second row includes about 524 infantry, the third row 405 and the back row 262 - a total of about 1181 infantry. I didn't sort out the the numbers of cavalry in each row, but the total was about 370. There are also 5 elephants and 24 chariots. Several units of infantry and cavalry didn't make, specially some of my still-to-be-sorted Immortal units, nor have I included any of the roughly 200 infantry, 180 cavalry and 8 chariots of the Charles Grant Persian contingent.

This is the Hinchliffe component of the Grant army - it represents about half the cavalry and three quarters of the infantry, the rest being Garrison. I need to get a few photos of the entire collection together.

I don't think I'll ever try this exercise again.