Sometimes you come across a book on eBay that is quite expensive but looks unmissable.  'The British Army' by a Lieutenant-Colonel in the British Army, printed in 1899, was one such.

Let's start with the cover:

Just an ordinary front cover until you read the note underneath the picture: 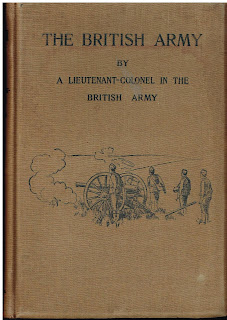 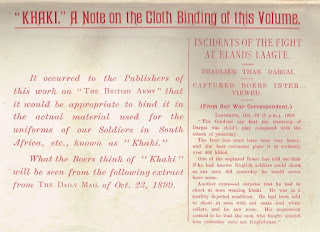 It has lots of illustrations and colour pictures - including things like colours, shoulder knots... 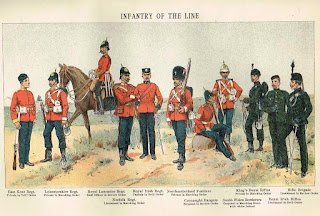 Virtually anything you could want to know about all branches of the army. How useful is the following chart showing the distribution of the army?  It also includes, of course, the names and how many battalions are in every regiment... etc. 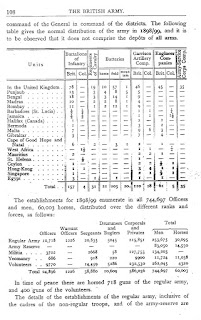 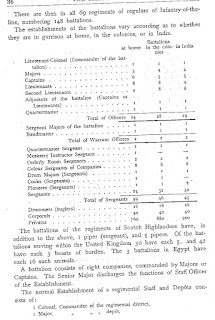 Lots of details about all aspects of every branch of the army... an incredible number of tables such as this one... 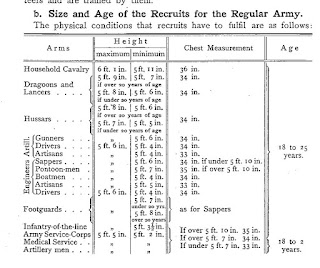 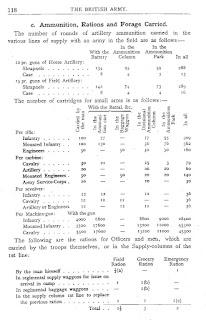 What about some tactical info? trenches? depths of marching columns?  camps? All there. 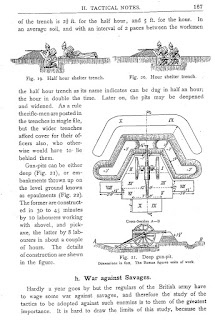 What about detailed info and diagrams of weapons and equipment? 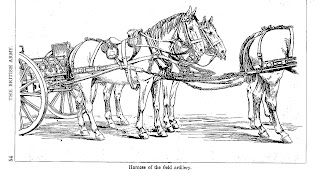 Can't give more than an idea of the scope of this book here. It simply covers everything.

256 pages of one of the most useful books I've ever seen on the late Victorian army. Trouble is, of course, it's been out of print for over 100 years. You can still get it it. Problem? Cost - Amazon currently lists 4 starting at £40 and going up to £105!

If you are serious about the subject, try and get a copy.