In my job of teaching kids who are out of the school system for one reason or another I have to find different ways of motivating those kids. Over the years wargaming has proved quite useful at various times - I've even managed to get a kid an English GCSE by using wargaming for project work. My tealight ironclad was originally designed as a craft activity and has been used several times.

So after one set of sessions I found myself with a load of cheap Chinese figures. At 50p each for a tank or aircraft they make it easy to build up cheap  armies - and infantry figures... at 3-4p each... I decided on 2 toy soldier armies... 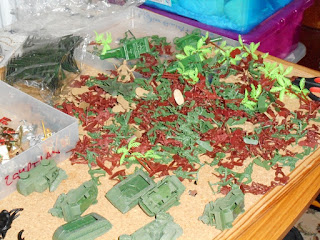 Mainly consisting of tanks, missiles and aircraft  there is an obvious lack of 'normal' artillery. Which comes under the heading 'so what?' 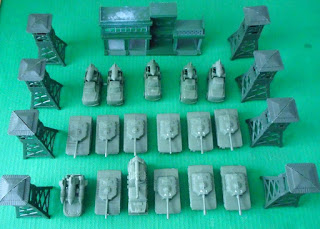 Wanting 2 different coloured armies and these figures all being one colour I've gone with simple sprayable colour scheme. 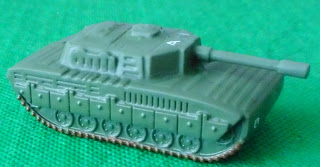 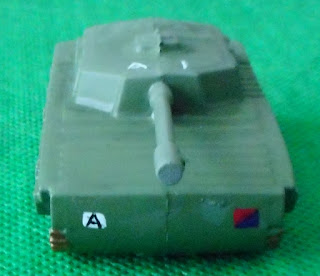 Likewise with the aircraft. 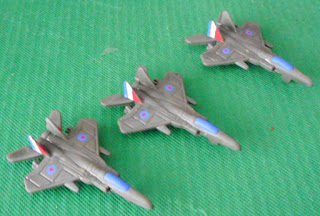 The men are...  cheap. I've limited my paintwork to adding flesh. These figures do come in 2 colours so there is a green force and a brown force - though I've used a sand colour for the vehicles. 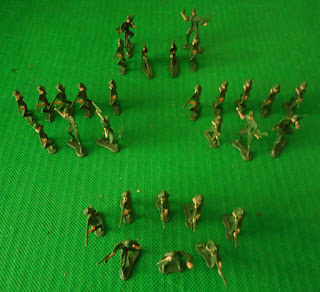 I think the close up shows how cheap...

And these are the 'enemy'. Haven't decided yet on insignia for them.As I want quick paintjobs I'm not sure I want to bother with red stars. 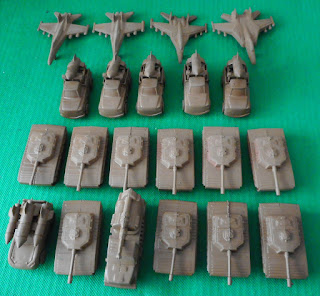 Terrain to go with these is quite limited. Sadly, apart from the watch towers (see top picture - like them) I don't know anywhere to buy the trees and barbed wire fences separately - and I've got quite enough soldiers thank you. 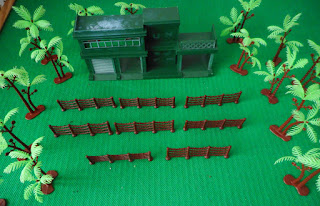 So, cheap and cheerful armies bought directly from China.